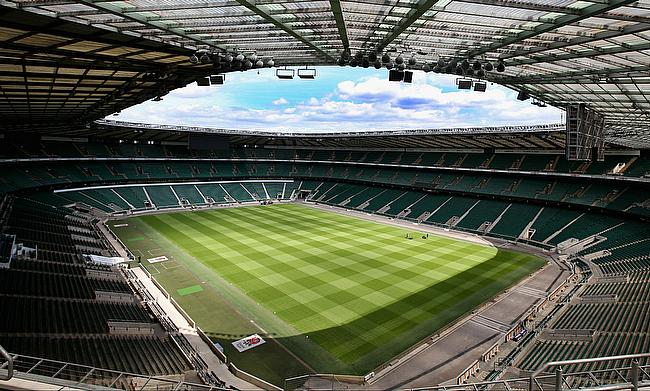 The Premiership final is heading to Twickenham
©PA

Saracens captain Brad Barritt to undergo fitness test ahead of Premiership final against Exeter
Premiership Semi-Finals Review: Saracens and Exeter march on to Twickenham
Exeter and Scotland prop Moray Low to retire at end of season

Saracens and Exeter Chiefs will battle it out for the Gallagher Premiership title as they lock horns with each other at Twickenham Stadium on Friday to mark the end of the 2018/19 season.

This will also be the third time in the last four seasons these two teams have reached the final in the same season with European Champions Saracens holding the advantage having defeated their Exeter counterparts on two occasions with 28-20 and 27-10 margins.

Match Officials: Wayne Barnes will oversee the high profile encounter with Matthew Carley and Tom Foley as assistant referees. Graham Hughes will be the TMO Official while Shaun Gallagher has been assigned the citing commissioner.

Saracens: Have been the in-form Premiership team for the last few seasons, and might be the betting choice. Having won their first Premiership title in 2010/11 season, Saracens under Mark McCall proved to be a dominant force with three title wins in the last four seasons - with Bath being the opponent in 2014/15 season while Exeter were the opponents in the 2015/16 and 2017/18 seasons. With a European title already on their elite trophy list, they will be brimming with confidence ahead of the Saturday's encounter.

Exeter Chiefs: The Sandy Park outfit like Saracens have been among the consistent performers having won their maiden title during the 2016/17 season and reaching the finals on the 2015/16 and 2017/18 seasons. The fact that they topped the league stage comfortably will add to their confidence but will be wary of the side they never managed to beat in the final in two attempts.

Head to Head Record (This season):

Exeter Chiefs registered a 31-13 win over Saracens in their first meeting at Sandy Park but Mark McCall's men returned the favour in their encounter at Allianz Park as they sealed a 38-7 win.