Tommy Seymour Exclusive: “They are all phenomenal - they give Scotland a completely different set of weaponry" 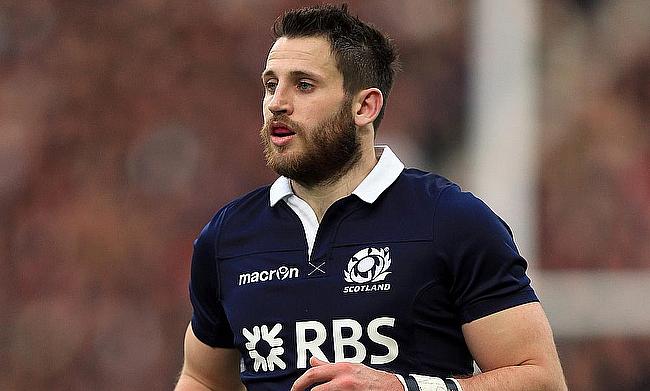 Hot property Henry: Scottish speedster Jacob making his mark
Gilchrist’s 50th cap: “You will not meet a harder working guy than Grant"
Ollie Phillips: 'Doddie is an amazing man - what he and his family are going through is unimaginable'
Maths student Williamson counting on a better age-grade Six Nations in 2022

When it comes to beating France at BT Murrayfield, Tommy Seymour knows a thing or two (or three) about it.

The former winger, who retired from international rugby after the 2019 Rugby World Cup and ended his time in professional rugby as a whole last summer, was in the Scotland sides that defeated the French at their home stadium in Edinburgh in the Six Nations in 2016 and 2018.

The ex-Ulster and Glasgow Warriors man also played when they saw off the French there in a pre-World Cup game in the summer of 2019.

Since then, Scotland have won one and lost one against Les Bleus at Murrayfield and also beat them in Paris last year in the last match of the Six Nations.

Given they are fourth in the world with Scotland seventh and the fact that they are still on for a Grand Slam, France will start Saturday’s latest Six Nations meeting between the two sides as favourites.

But Gregor Townsend’s charges can certainly take confidence from France’s last three visits to the Scottish capital. They do not like to be rattled on the road.

And 33-year-old Seymour believes that if Scotland are to keep up their positive home form against France, get over the round two loss to Wales and throw the championship wide open, then they have to get the ball to the back three of Duhan van der Merwe, Darcy Graham and Stuart Hogg as much as they can.

“They are all phenomenal players,” said Seymour, who now works for YMU Rugby representing elite players, coaches, broadcasters and creators within the sport.

“They are all game breakers in their own right and can spark things out of nothing. Duhan is a Lion and, as we have seen over the last year or so, when he comes onto the ball at pace he is a very hard man to stop and some of his angles of running make it hard for defenders to bring him down.

“Darcy has been one of the standouts in the competition thus far and I don’t understand why people on this side of the world still underestimate players because of their size or perceived lack of it.\

“Just because he is smaller in height it doesn’t matter one bit, Darcy shows his capability and his strength week in and week out at the highest level.

“Duhan and Darcy are chalk and cheese in the way they play the game. They both give Scotland a completely different set of weaponry to unleash on opponents and I think that, more than anything, they are part of a very strong back three group for Scotland.

“When you have a guy like Sean Maitland not in the squad at the minute despite many caps, experience and him playing very well for Saracens, it shows just how good the current back three is.”

And Seymour, who played 55 times for Scotland between 2013 and 2019 and scored 20 tries, believes Hogg, the current skipper, is the perfect foil for van der Merwe and Graham - and that he is playing some of the best rugby of his fruitful career.

“I played with Hoggy from when he was very young and he was always a ridiculous talent, but I think what we are seeing now is the development of him as a player and as a person,” explains Seymour, who now lives in Northern Ireland where he spent a large chunk of his life before joining Glasgow.

“In terms of his captaincy, I have heard great things about it from within the camp and the boys all respect him. Within that group he always leads with the way that he plays and he is very knowledgeable, he knows the game inside out.

“Captaincy can shrink some people and make it hard for them to play their own game, but the responsibility of leading seems to have made Hoggy an even better player than he was before.

“He clearly has a good understanding with Duhan and Darcy already. I’d just like to see them link up that little bit more this time around and really take the game to the French.

“If Scotland can get good ball to those three and make sure they have plenty of support, then their breaks can really get the team on the front foot and also get the crowd behind the team.

“The three of them can definitely cause problems for France if they can get the ball in hand in the right areas of the field this coming weekend.”

The Scotland matchday 23 is due to be named on Thursday lunchtime with Jonny Gray, Rory Sutherland and Cameron Redpath definitely out injured from the squad that last played against Wales.

Scotland V France kicks-off at 2.15pm on Saturday in the Six Nations and is live on the BBC