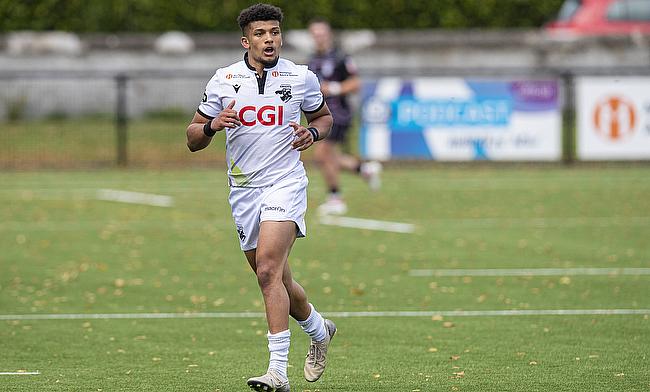 One 21-year-old in the shape of Rory Darge made his full Scotland debut versus Wales - and there is another 21-year-old who should be on everyone’s rugby radar in Scotland too.

That is Darge’s former flat mate Jacob Henry, the Edinburgh Rugby full-time Academy winger who has had a quite brilliant seven months or so having come back from 11 months out with an awful injury.

Since August he has starred for the Southern Knights in the FOSROC Super6 2021 season and, more recently, earned his first two World Rugby Sevens Series caps with Scotland out in Spain.

Right now he is back training with Edinburgh during the Six Nations window, but Scotland Sevens head coach Ciaran Beattie is a big fan and we could well see him earning more outings on the circuit when it resumes in April.

Super6 action also resumes in April, so whether it is in a Southern Knights strip, a Scotland Sevens strip or perhaps even an Edinburgh strip we will get the chance to see former under-20s cap Henry in action soon.

“Seeing Rory get a cap against Wales was brilliant and well deserved, he has been playing brilliantly for Glasgow this season and he works so hard,” Henry told TRU.

“He lived with myself and [fellow Edinburgh youngsters] Nathan Chamberlain and Roan Frostwick last season before he moved west and we are obviously chuffed for him.

“It shows all of us young players what can be achieved, it is a real boost seeing a friend do that.

“It made me smile and so has the last few months for me personally because the 2020/21 season was a very tough one for me just as I was looking to really kick on in my career.

“Having been able to train regularly with the Edinburgh first team squad, had regular game time with the Southern Knights and then play for Scotland Sevens on the big stage really has helped me rediscover my love for rugby again.”

“I won’t lie, there were some tough times mentally, but my team mates and medical staff helped me through”

That love of rugby that Henry mentions was tested to the maximum when he snapped his left achilles in the pre-season of 2020/21 having just moved to Edinburgh.

“Before that I had been living in the Borders for two years and I had moved to Edinburgh to become part of the Academy system with the pro club on a more regular basis,” he explains.

“It was a big step up for me because suddenly I was working with coaches and players who I’d seen on TV and I was putting everything into it.

“It was around June 2020 and we were just a week or so into pre-season when I took a step back when we were doing some fitness work and tried to accelerate.

“The achilles snapped and soon enough I was in a lot of pain.

“With the injury happening during the pandemic and me being immobile for a while, it wasn’t the best introduction to Edinburgh Rugby and Edinburgh the city.

“I won’t lie, there were some tough times mentally, but my team mates and medical staff helped me through and once I could see a clear path in my rehab I got my head down and just worked away at it.

“It was about 11 months until I was back fully fit and then, a few months later, I was playing games for the Southern Knights.

"Once I got the first nervy couple of games out of the way I felt pretty sharp and wanted to make up for lost time.”

Make up for lost time Henry certainly did, scoring five tries as the Knights made it to the final of Super6 only to be beaten by the Ayrshire Bulls at the DAM Health Stadium in October.

At that time, Scotland Sevens head coach Ciaran Beattie, who had worked with the Edinburgh youngsters during the early part of the pandemic, was assembling his squad for the 2022.

Great news for a Friday... ??@Scotlandteam's @HollieDavidson0 + @samgw have been appointed to officiate in the sevens events at the delayed Olympic Games Tokyo 2020, following in the footsteps of Mike Adamson, Alex Pratt + Bob Easton who officiated at Rio 2016

Henry could not be contracted as a core member of the group, but Beattie was keen to see him in sevens action and, after discussions with Edinburgh, he trained as part of the wider sevens squad at Ravenscraig late last year and into the early part of this year.

And Beattie clearly liked what he saw from the fleet footed player because when he named his 13-man squad for the Malaga and Seville legs in January.

“To be told I was going to Spain for those sevens tournaments was amazing,” Henry recounts.

“I had really been enjoying training with the squad and was loving getting to know more about sevens, but it was still a shock to make the tournament squads and a nice boost from the coach.

“In the first event six of us were playing in our first tournament at that level and it maybe showed in some games, but the way we all learnt quickly and put in better performances in the second week bodes well for the group going forward.

“The senior players in the squad have been so good with all of us new guys and you can learn every day from guys who have played for a number of years on the circuit or been to the Olympics.”

South London to the Highlands and then to the Borders

Henry was actually born in south London where both his parents are from, but the family moved up to Dingwall and the surrounding area when he was three.

So, how did he get into rugby?

“My parents took me down to play at the Ross Sutherland club in Invergordon when I was pretty young and I enjoyed it there and started to play through the various age-grades,” Henry, who went to Dingwall Academy for senior school, recounts.

“I think what I really liked about rugby was getting space on the wing and trying to beat people. I always enjoyed scoring tries and that has not changed to this day!

“It was a big thing for the club and the local area when I was picked to be part of the Scotland under-16s group to travel to Wales one year and I was always proud to represent the club and still am now even though I live far away.

“For my last two years of under-18s rugby - in which time I earned Scotland under-17 honours, but missed out on under-18s through injury – I moved to the Highland club in Inverness and I enjoyed it there too.

“The standard of games was just a bit higher week in and week out to help my progress while, in my second year there, I played some senior games for the club too and that was a bit of an eye opener!”

In the summer of 2018, Henry made the big move from one end of the country to the other, packing his backs and relocating to Galashiels in the Borders where he was part of the Scottish Rugby regional Academy there and played club rugby for Melrose.

He got one injury just before leaving home to head south - “I tore my hamstring so that had me out for a while” - and then in his first game for Melrose Wasps he planted his foot on the ground and twisted his knee - “I was back to square one”.

However, in early 2019 he managed to head out to South Africa for a spell via Scottish Rugby’s Macphail Scholarship with Thomas Jeffrey and Kristian Kay and then, in 2019/20, was part of the Southern Knights wider squad, played some games for Selkirk and earned some caps for Scotland under-20s before the pandemic hit.

Fast forward to years and Henry is hot property and certainly one to watch in 2022.

Henry’s Scotland Sevens team mate Ross McCann - the man who gives him lifts to training in Motherwell - has pledged to dye his hair pink in order to raise funds for the Little Princess Trust, a charity that supports children with cancer, find out more and donate here bit.ly/3HXFBp3