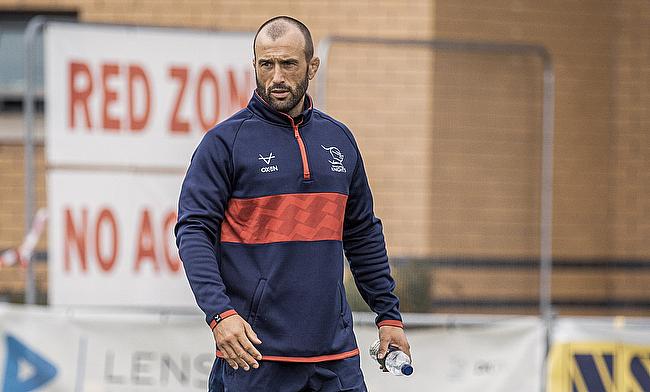 If you were to visit Doncaster Knights’ club website, the tagline ‘the most promoted team in rugby’ is there for all to see.

Currently at the top of the Championship table, the side looks more than capable of adding another promotion to their collection by the end of March, all being well.

Ealing Trailfinders were the only other team in the division to apply for promotion to the Premiership this season and both clubs are awaiting a decision as to whether they qualify for entry to the league, according to a report from the Daily Mail.

Amongst other things, the article by Chris Foy outlined how both teams were willing to expand their home venues as well as the problems created by the existing Premiership clubs, who want the newly-promoted side to pay within the region of £25m-£30m for Performance Shares.

Exeter Chiefs bought their P shares for £5m from Leeds in 2012 and existing top-flight clubs see a new team in the league as a cash cow as they look to ease some of their continuing losses from the Covid-19 pandemic.

That report triggered a tidal wave of speculation about whether or not a team from the Championship can even be promoted to the Gallagher Premiership, with uncertainty about what the new minimum standards criteria are for a side that wants to join the competition.

“I saw the headline because I got several messages with the link to it, but I didn’t get the chance to read it because I was that busy,” Steve Boden, Doncaster Knights’ Head Coach told TRU.

“I know the club has applied for the audit, but I haven’t touched on it any more than that. I have got to concentrate on producing performances that the club can be proud of. I think if the club get there, then they get there. If they don’t, then we have still ticked a lot of boxes that we wouldn’t have in the first place.

“I don’t get caught up in it. I think it is alright saying ‘promotion is key', but then you forget the things that have actually got us to win 10 games out of 13. It is very easy to get too het up in winning promotion, finishing in the top three or doing this, that or the other.

“I think the main energy you should be putting in every week is looking at what has been working for us and concentrate on those things. If you do that, then usually you are in a good place to challenge.”

Doncaster backed up their potential with a 35-19 win over Jersey Reds on the Channel Islands last weekend, a bonus-point win on the road invaluable to the side.

Boden concluded his own career with Jersey, but he played nearly 200 games for Doncaster before stepping into the world of coaching.

Now the club’s figurehead following Clive Griffiths' departure, he says he is focusing primarily on the rugby before letting the greater topic of a spot in the Premiership cross his mind.

“The biggest thing we have looked at doing as a rugby department was that we wanted to gain - and regain - some trust from the community and the supporters. We had a good start last season, but then (this season) we have to try and back that up.

“We had a big turnover of players again. We lost a lot of experience at the end of last season, and we have filled it with some young, hungry, ambitious players.”

Amongst others, Robin Hislop was one of the departures from Castle Park, the 29-year-old having been a key performer for the club for the best part of a decade. He earned a well-deserved move to Wasps following years of hard graft in the second division.

Bringing in some of the top performers from the Championship’s truncated 2020/21 season, several fringe players from Welsh provinces and Leicester Tigers’ Thom Smith, there is little debate surrounding why the club is battling it out with Ealing at the top of the league ladder.

Trailfinders’ ambition of reaching the Premiership has been known for a long time, although Doncaster did better the Londoners 22-5 in late-November and, thanks to last weekend’s result, have completed the league double over Jersey.

Losses have come at the hands of Coventry, Bedford Blues and Cornish Pirates, but now the Knights haven’t experienced defeat on their last four outings.

In 2016, when the club finished second in the Championship before losing the play-off final across two legs against Bristol, Doncaster passed the minimum standards assessment.

Castle Park as a venue has its own appeal. Whilst not at the minimum capacity of 10,000 required by current Premiership standards, there is a belief that through the erection of temporary stands, Doncaster can meet those baseline needs.

It is a venue that has been fit to host Red Roses and England U20 internationals and it is also in constant use throughout the week for conferences, weddings and funerals which consistently creates revenue for both the club and the facilities.

Everyone still loving the weekend's result as much as us? ?? pic.twitter.com/OgFx71ngUA

The business plan was thought up by long-serving club president, Tony de Mulder, and the incumbent president, Steve Lloyd, both having committed a lot to the town of Doncaster as well as its rugby community.

What promotion could mean for Doncaster goes beyond an achievement for just the club. Since Leeds Tykes were relegated from the Premiership in 2011, no team from Yorkshire has played in the first division.

During their time in the Premiership, Leeds produced several England internationals, but never truly contended for a league title. Winning the Powergen Cup in 2005 was the club’s highlight at the top of English rugby.

Between 2016 and 2018, Boden was at the heart of efforts to take the club, then Leeds Carnegie, back to the Premiership.

In the end, their financial investments into trying to regain promotion would come back to haunt them, moving to a part-time model and the RFU licensed academy was also scrapped. As a result, Doncaster are the only professional side in England’s biggest county.

“That is something we’ve talked about, being Yorkshire’s leading club and how we want to be looked upon in doing that,” Boden said.

“We do feel a responsibility there, and it is testament to the club and to the board we have built a model that has been sustained through periods of hardship. I was at Carnegie when they went under, and it was tough to see.

“I do think there is a bit of accountability there to shine the light pretty brightly on Yorkshire rugby. Ask me the question about ‘do you talk about getting promoted?’, the answer is no. If you ask me the question ‘do you think it would be fantastic to have a side from Yorkshire in the Premiership?’, I would say yes.

“It would be unbelievable. I think it has been missing too long. You look at the talent pool that Yorkshire rugby creates internationally and not just at Premiership level. There needs to be a Premiership club that those guys aspire to be at.

“I know for a fact that at Yorkshire Carnegie, when those lads got to the age of 21 and they get to the position of playing first-team rugby and are talented enough, they leave because the one thing that they need, the club couldn’t offer them which was Premiership Rugby.”

At the time that Carnegie ceased to exist, Dan Lancaster was in Alan Dickens’ England U20 squad. With the club consigned to play in National One and a full reboot on the cards, Lancaster swapped Leeds for Leicester Tigers.

Among his contemporaries in the Carnegie academy were Jack Metcalf, Joe Carpenter and Ben Carlile, that trio all crossing the Pennines for a place with Sale Sharks and in years gone by, Ollie Fox, Danny Care, Lewis Boyce, Tom Palmer and Jordan Crane have all similarly left West Yorkshire after the club stopped fulfilling their playing needs.

Presently, Doncaster are hoping to replicate the successes of the academy in Leeds. Throughout the week over 500 children attend the minis and juniors rugby organised by the team, whilst first-team centre Mark Best is head coach of the Colts side.

The club’s academy was launched in 2015 alongside Doncaster College and University Centre, with four players having gone on to sign professional deals with Knights so far.

You bring all these things into focus, and Doncaster seems like the perfect place for elite rugby to find a home as early as the 2022/23 season. As things stand, Ealing have two games in hand on the Knights after their matches against Cornish Pirates and Hartpury were cancelled over the Christmas period.

We will know by the end of April which team is in pole position to make the leap up into the Premiership. What seems like a cruel irony is that despite either club's exertions on the field, it could just come down to who is better prepared.