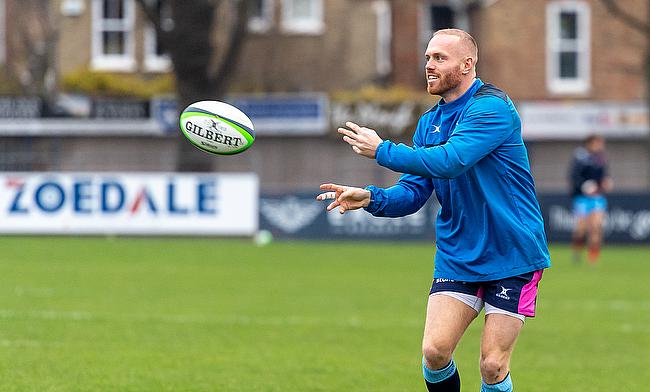 After helping the North London club back into the Premiership following their enforced relegation, the 28-year-old called Goldington Road home when he was briefly loaned to the club in 2019 and so far this season, he has lined up for Bedford on 12 occasions.

His career to date has seen him represent Northampton Saints and Cornish Pirates before joining Saracens. Now playing his rugby in a part-time capacity, Day spends the rest of his time coaching rugby at Bedford School.

“At Saracens, I had a great time and made some unbelievable memories,” Day told TRU. “It is well documented what happened off the field at Sarries during my time there, so it was a bit up and down.

“I had some good chats with people, and I found that I wasn’t going to play as much as I would have liked to. I will be 29 in April and for the last few years of my career, I asked myself, ‘Do I want to be holding a bag and getting the odd game here or there for a living or do I want to take a step down, be a part of something at a great club and play every week?’

“For me, that (the latter) was what I wanted to do. The added bonus was that I had done full-time rugby since I was 18, playing for Northampton, Cornish and Sarries, and for me, the appeal was that I could live in Hertfordshire, near my fiancé and I wasn’t particularly willing to move to chase the full-time dream anymore.

“I wanted to be part of something and to play every week, not just be at a club which is going to make you look good, but where you play half of the games.”

Day has seen plenty of players go from being Championship regulars to consistent Premiership starters throughout his rugby career. During his time at Cornish Pirates, he played alongside Kyle Moyle (Gloucester), Christian Judge (Worcester) and Tom Lawday (Harlequins), to name but a few.

Bedford’s Ryan Robinson even calculated that last weekend, players who had experienced the Championship accounted for 49 per cent of those in action across the six games played in the Premiership.

?? The boffins @BedfordBluesRFC have finished their calculations and can reveal the answer ??

An incredible 1??3??6?? players from this weekend’s @premrugby matches have #PlayedChamp.

Playing over 100 matches for Cornish Pirates during his four years in Penzance, Day says his most pleasurable years came down in the southwest.

“If I look back on my career – don’t get me wrong, because I loved every minute at Saints and Sarries – my highlight has been a great four years in Cornwall,” he said.

“I know that people might say ‘surely being at a Premiership club is better’, but when you are in it and not playing, the whole gloss and shine of the Premiership soon wears off. A lot of people, and I was definitely one, get drawn back into it and I wanted to go back up to the Premiership.

“I am sure I could have tried to do that for a few more years and done alright out of it, but for me, the pull was that I wanted to play every week and just enjoy rugby. If a player has never done it (gone up to the Premiership), I would say to do it. Personally, at this stage of my career, I just wanted to be a part of something more.”

From when Day last played in the Championship to now, the competition has seen a fair amount of change. Significant RFU funding cuts in early 2020 mean that several clubs competing are now part-time, Bedford one of many to have shifted to a different model.

When Day picks up the phone, he is on his way to a Monday training session, a weekend off soon becoming a distant memory beneath overcast skies. Many of his teammates now marry work away from the playing field with their rugby commitments, with Mike Rayer’s side having linked up with Northampton Saints to gain access to full-time players. 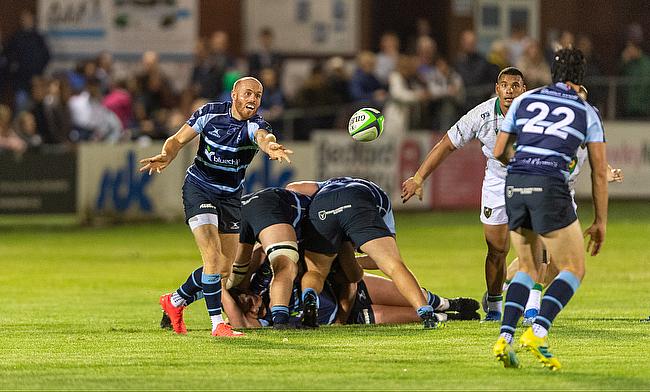 Day has played for Northampton Saints, Cornish Pirates and Saracens in his career to date
©Claire Jones | redhatphoto.co.uk

Their partnership with the Gallagher Premiership side has seen several Academy players move to Goldington Road for a large part of the season, with the likes of Tom Litchfield, Ethan Grayson and Tom Lockett all named in Alan Dickens’ England U20 squad for the upcoming Six Nations push.

Similar to Bedford, several other Championship clubs have established a link with a Premiership side. Leicester Tigers have formalised their connection with Nottingham Rugby, whilst the path between Hartpury University and Gloucester Rugby is an extremely well-travelled one.

“I personally think the way forward is to do what Bedford are doing with Northampton,” Day said. “Essentially, every Championship club has to have a parent club, as it were.

“Say it is Northampton and Bedford. You have a core group of players who are Bedford players who are going to be there week-in, week-out and the more experienced players that lead the way a bit.

“We, in return, get five or six really good Saints lads. Tom Litchfield has been playing for the first team (at Northampton) and he has been a regular for our team, Manny Iyogun has been a regular in our team, so I just can’t see how it is not beneficial for all parties to do and especially as three lads were picked up for England U20s.

“They (the RFU) can’t say it is not working. I just think a proper structure needs to be put in place, where every team has an affiliation with a Premiership side, so they get five or six players who will benefit from men’s rugby.

“I have been in the camp where you are a young academy lad coming through and you think you are the best in the world, but as soon as you get hit a few times by some horrible 38-year-old, it is different.”

As things stand, Bedford are fifth in the Championship. Their last game was on Boxing Day, the side picking up a win against Jersey Reds in front of a packed-out Goldington Road. Having had their match with Doncaster Knights called off on New Year’s Day, Saturday’s fixture against Bedfordshire rivals Ampthill will be the perfect way to kickstart 2022.

Derby games in rugby will always have a special place in the hearts of many. Up and down the country, local rivalries are played to celebrate Boxing Day, but at the elite level, they take on a whole new meaning entire with bragging rights for a county, or even a region, all up for grabs.

Ampthill’s most recent encounter saw them beat London Scottish 36-17 at Dillingham Park and both sides are coming into the clash looking to build some form as the season begins to draw to a close.

“It is always nice to have a derby,” Day said. “I am not an Ampthill boy, I am not a Bedford boy, so it is a bit strange coming into it and seeing it from that point of view.

“I played them once in the pre-season and in the league before, so you definitely get the sense of it being a derby. I think both coaches are quite close, so that adds a bit more incentive.

“It is mainly for the fans. We are very fortunate at Bedford that we have a good fanbase, so it is more important for them to make a statement and on the pitch, you get a bit more niggle than you normally would do in other games which is quite fun.

“Personally, I never try to get too wrapped up in the derby mindset. You seem to get some games where it is just a slug match, and there you want to try and do something dirtier than they can.

“I just try to see it as another game. There will be a little more spice, which is always good fun, but maybe if you asked the Bedford boys, they might have a different answer.”