Robin Hislop: You could argue it’s a developmental tool for everyone 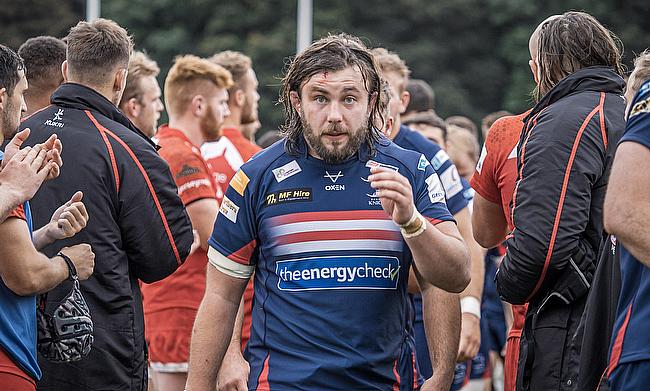 Hislop has played in the Championship since 2013
©John Ashton

Charlie Venables - Juggling a Masters, Super Rugby and playing in the Championship
Charlie Beckett Column: 'I Don't See How the Championship Remains a Professional League'
The Second Division
Championship clubs slam RFU over their decision to slash funding

Robin Hislop has made his name in the Championship. Joining Rotherham, initially in loan at the tail end of 2013, Hislop was at the club for their last spells of dominance in the second division.

Having been at Doncaster since 2016, with a spell at Ayr in the middle, ‘Bomber’ is now seeing the league change before his eyes.

When Hislop first joined the Championship, Doncaster were still in National One. Rotherham finished fourth that season with Lee Blackett, the new Wasps Head Coach, at the helm of the South Yorkshire side and Juan Pablo Socino was the league’s top points scorer.

Rotherham have now slipped all the way down the English league ladder. Relegated from the Championship in 2018, after two seasons in National One, those that line the pitch at Clifton Lane are now waiting to welcome contenders from National Two North.

“It’s pretty sad to see the demise of the club,” Hislop said. “I think we were just very fortunate, when Lee Blackett was there, he recruited really well, and he’d probably admit himself that he got lucky with recruitment. Before the cuts, there was more money coming into the league and Rotherham just couldn’t keep up with that unfortunately.”

Cuts is a word that has been heard far too often in the second tier of English rugby this season. On the 12th of February, the RFU announced that they would be reducing their funding to RFU Championship clubs by 40% for next season.

This means that Championship clubs have been left without £200,000, money that could be used to pay the wages of players, coaches or even to pay for their facilities. TRU columnist Charlie Beckett described the cuts as ‘catastrophic’ and they are expected to have a profound effect on the future of rugby at that level.

“I have got a two year contract, I think of all the clubs to be at, I’m very fortunate to be at Doncaster Knights,” Hislop said. “It’s horrible, what with the cuts before the pandemic. I think there’ll be a lot of teams, well there is a lot of teams going from full-time to part-time.

“We already know that London Scottish and Nottingham are doing that, so it’s not going to be as competitive, which ultimately means that the league isn’t going to be as great. If all of these teams do well, or do okay on a part-time basis, what’s to stop everyone going part-time? It is quite apprehensive, no one knows.”

A key criticism of the Championship by the RFU was its use as a developmental tool for international and top-flight players. However, that argument can be pulled apart relatively quickly. England players Luke Cowan-Dickie, Ellis Genge, Will Stuart, Mako Vunipola, Jonny May, Courtney Lawes and George Kruis have all put in some hard yards in that league and that is just naming a few.

After today’s announcement that the RFU will be reducing their investment into the Championship, we asked a man in the know his thoughts.

Hislop, too, believes that the criticism of the Championship not being a bredding ground for future international players is unfounded. Speaking from a front-rowers perspective, the 28-year-old believes that the league is hugely helpful for players in the long-run.

“Every team is pretty aggressive, they want to scrum for pens, maul for pens, so it is really a challenging league for any front-rower, whether you’re a young buck or been around the block a little bit,” Hislop said. “I think you could argue that it’s a developmental tool for everyone, but I would say it’s an essential tool for young front-rowers, young forwards in general.

“You look at Will Stuart and Ellis Genge. Those boys have done really well, but they were getting their heads shoved up their arse in the Championship for a few years as we all were at 19, 20, but I think it is really good up front.”

There will certainly be eyes on the Championship next season. Saracens, the incumbent European and English champions will be playing their rugby in the league after their relegation. More notably for those in the country’s biggest county is that Doncaster stand alone as Yorkshire’s only professional team and the highest up the league ladder after Carnegie’s relegation to National One.

“I think everyone at Doncaster is pretty ambitious, I think everyone would admit that we massively underperformed in probably the last two seasons and we want to get the club back to the top of the league and yeah, flying the flag for Yorkshire a little bit.”

Hislop was selected as part of The Rugby Paper’s XV of the season an what is clear, is that the prop loves the Championship. Having been in the league for the best part of 10 years now, the he is glowing in his praise of the competition.

There is a strong chance that sides transitioning to part-time environments will struggle with that change, especially against teams that will be remaining fully professional. As a veteran now, Hislop cannot speak highly of the league.

“I have played against some unbelievable players that have went on, so many Premiership players now have plied their time in the Championship and you can argue that there are coaches as well,” Hislop said. “I don’t get the cuts at all. I think it is a brilliant league and I can only see the benefit.

“I don’t understand why you wouldn’t want two fully professional leagues and if we can bridge that gap between the Premiership teams and the Championship teams, it is only going to provide more spots and more places for players to play pro rugby.”