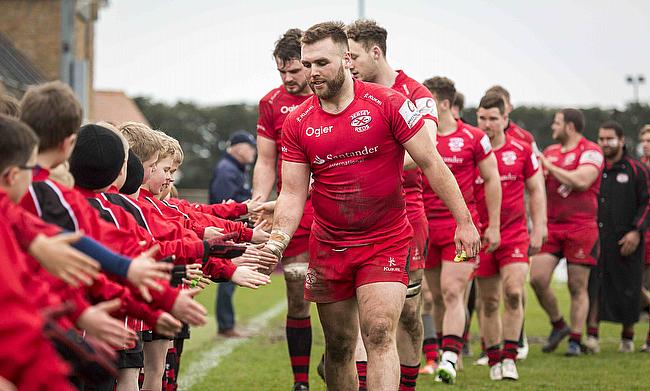 After three years with Jersey, Mark Best spoke to TRU's Joe Harvey about his recent move to Doncaster and the future of the Championship.

After missing out on an Ulster Academy contract following two years of representing their U20s, Mark Best threw himself into 'regular' life. Working for an estate agency in Northen Ireland's capital, he was playing his rugby in the second division of the All Ireland League’s with Belfast Harlequins.

Representing the Ulster A side when called upon, Best eventually earnt himself an academy development contract with the province. Having not gone down the usual path to achieve the status of being a professional rugby player, he says that he was happy to have experienced the real world.

“I probably wanted it to work out that way to be honest,” Best said. “The academy stuff can break boys, the 5:30 mornings before boys go to university and stuff, it’s tough on them and some of those academy boys aren’t getting paid, it’s voluntary. I am glad I saw the real world by working and was able to play rugby and enjoy it with my mates and then push through that way.”

Regularly playing alongside Rory Scholes, Stuart Olding (both now with Brive) and Michael Heaney (Worcester Warriors), at Belfast Harlequins, it was a team that challenged in the AIL. Finishing with Ulster in 2017, Best admits that he didn’t push enough to get into the first team, and combined with a frosty relationship with Les Kiss, it spelled the end of his professional career in Ireland.

It was Jersey that gave Best his lifeline, though as Harvey Biljon was impressed by his performances against the Channel Island club in the British & Irish Cup. Finishing fifth in the Championship in his first year thanks to a strong scrum, courtesy of props Jake Armstrong and Jake Woolmore, and then fourth in his second season, Best was a regular in the side and was seriously enjoying his rugby.

For many years the Championship, like the AIL, has been the aspirational pathway for players to prove themselves. Many a Premiership regular has done the hard yards in the competition before establishing themselves in the top- flight, but after funding cuts to the Championship were announced in early September, Best believes there are plenty of questions to be asked about the immediate future of the league he plies his trade in.

“What has come out of Bill Sweeney has been sort of disappointing in a way,” Best said. “I still don’t think that we have had much guidance in terms of what the plan is, in terms of going forward with the season. Obviously, Saracens will have to play their Premiership games, so does that mean we have to wait until November for pre-season?

“No one knows, which is frustrating. Surely there has to be some sort of guidance, but obviously the pay cuts have been a disaster for boys. I was able to pick up a contract before it all happened, but there are a lot of boys struggling to find work and looking elsewhere. I think everyone, except for Bill Sweeney, sees it as a really good platform for boys to push on or to go on loan and perform.”

Signing his contract with Doncaster Knights prior to the February 12th announcements, Best is able to carry on his career as a professional rugby player in South Yorkshire. Having had an injury disrupted 2019/20 season, breaking and dislocating his arm against Newcastle in November, he says that he was considering retirement from full-time rugby until his campaign ended prematurely.

“It is something that I have thought about, I’ve thought about it quite thoroughly over the last couple of years,” Best said. “You are close to the ‘is it worth it?’ kind of thing. You are missing out on opportunities to move on with your personal life. I have a girlfriend who is back in Belfast and she works there too.

“There is no opportunity for her to move to Doncaster, so it is quite stressful in that sense. The point comes when you get on with your life after rugby and just get on with it, letting the dream go kind of thing or you just give it another shot. I felt like this year, I couldn’t force myself to go out injured, so I just wanted to prove myself.

“Hopefully Doncaster push on, I can perform well and if I do, I think you get the love for it again. Whenever you are injured it is a struggle, mentally it is a battle with yourself; asking yourself if it is worth having a plate and screws in your arm when you could just have a normal job.”

It was when collecting an over thrown lineout throw that the injury occurred. Colliding with Newcastle hooker Jamie Blamire, Best had surgery to repair the injury and dislocation, needing an exposed wire as a result.

“All the way through until whenever my contract was up there in May, I appreciate everything that they, the strength and conditioning, the physios and staff at Jersey have done for me because they could have let me off after they knew I was leaving, but they looked after me really well.”

All that Best can do now is wait for a new season. Doncaster are one of the teams staying fully professional in the Championship, meaning that some have them pegged to achieve higher than in previous seasons.

“Hopefully this year goes well for me, I get a lot of game time and I can impress,” Best said. “I am really looking forward to it, I’m glad Connor Joyce is there with me because he is the sort of forward that is a link player and he is a very smart rugby player and then James Newey, I played with a lot.

“Not last year but the year before when we went on a big winning streak and James and I played in the centres together and he is a really exciting back, he has good outside break and he can change a game and that is an exciting thing to have outside you. I am looking forward to seeing how we get on.”