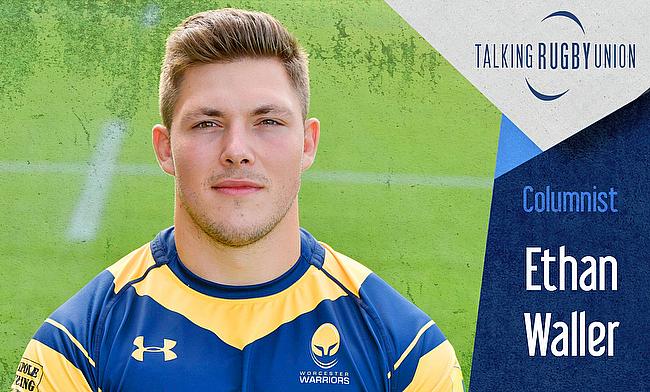 Wasps’ ‘winning environment’ driving them to the play-offs
“Let’s not see it as pressure, let’s see it as an opportunity”: Bath and Bristol prepare for play-off weekend
Bath progress to play-off after Sale Sharks' Premiership game against Worcester cancelled
Worcester Warriors make one change for Sale Sharks clash

I’ve been thinking a lot lately about the next step.

Fortunately, I’ve not been told that my industry is a waste of time and I need to re-train (yet), but with the way the world is, my attentions have been split lately. Covid-19 is a subject I am beyond bored of talking about but alas, much like the drunk guy at a party, it doesn’t want to take the hint and

Jobs around the globe are all over the place, rugby being no exception. Being a representative on the RPA players board, I’ve seen a bit more through the looking glass of how the game is managed and unfortunately, the trouble it’s in. Old Boris and his decision to not allow fans into stadiums is one that could be catastrophic to the game as we know it. Financially, Premiership clubs can bring in anything from £250,000 to £400,000 on a match day. That is a colossal amount of money. To put that into perspective:

In the simplest manner, (as I know there’s more to it) that’s just player wages. So, ignoring staff, non-rugby personnel etc, it’s a conservative £550,000 a month on player wages alone. Fortunately, clubs are thinking outside the box and hosting Covid safe events, food takeaways, drive in cinemas etc which is bringing in some revenue but it does not even scratch the surface of what would be coming in originally.

When you factor in that the majority of rugby clubs run at a loss at the best of times, it doesn’t take an economic genius to see that if the game continues at its current format, we are f***ed. Every Premiership club does so much more for the community than just providing entertainment. I know at Worcester our community foundation is incredible. Those guys do so much selfless work and to see them disappear because of this would be thoroughly upsetting.

Now look. I get it. Nobody is harder than a pandemic. I fully understand why changes need to be made nationwide, but are you honestly telling me that the public is safer pissed up in a pub rather than at a partially filled, socially distanced, open air stadium? I’m going to assume you all said no, and for that, I salute you whole heartedly. Harlequins showed how people can safely return to stadiums. 3500 fans and 0 linked Covid cases.

For bigger numbers, you stagger entrances and exits to ensure social distancing can be adhered to. This is all do-able and would be a source of much needed financial relief for all these clubs. It’s the common sense approach. Unfortunately, common sense is not that common when it comes to those that run the country.

Naturally, this doubt over the future of the game has me looking ahead at what’s next. I’m not ready for this chapter of my life to be over by any stretch, but I’d be a fool to not prepare in some capacity if the worst should happen. It’s a difficult thing to think about at the best of times.

Rugby started for me as a hobby, and it’s always been a passion throughout my entire career. What is there in the real world that would give me that same level of joy day-to-day? That sense of camaraderie, being part of something bigger, throwing yourself into it 100%. I think there will always be a huge itch that only rugby can scratch.

I’m always told “you’re proactive enough, you’ll be fine once rugby is over”, but after having used lockdown as a bit of a retirement trial run, it highlighted to me that the path I thought would be fairly simple, is far from it. Whilst I have a few plates spinning to determine what the next chapter is, that metaphorical itch scratcher is still quite the mystery.

Who knows what the future holds? Control the controllables, especially in this mess of a world we’re in. Until then Boris, do a job pal. Let the fans back in.

Follow the link to this petition and give it a signature if you can. It’s not much, but it’s a start.