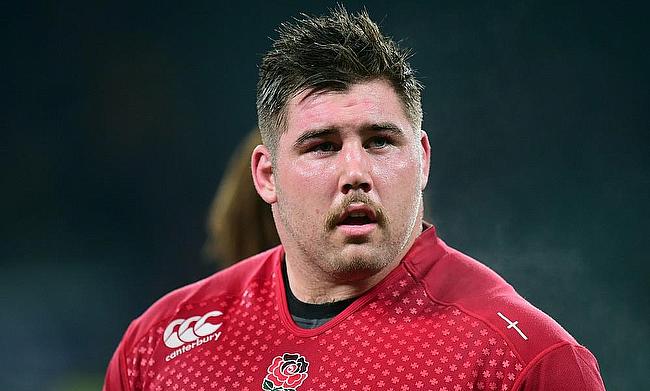 How COVID is taking its’ toll on Rugby Union
“Let’s not see it as pressure, let’s see it as an opportunity”: Bath and Bristol prepare for play-off weekend
TRU Podcast - Sale Sharks, Premiership Playoffs and England's Training Squad

When Lee Blackett took charge of Wasps, the side seemed a far cry away from the play-offs.

With a wealth of international experience, the club had floundered under Dai Young in the opening third of the season and they sat in the lower half of the table before their change at the top.

In Blackett's first game at the helm, Wasps resoundingly beat Saracens, then London Irish and Gloucester prior to lockdown. Now over seven months later, the Midlands outfit have only tasted defeat once in the Premiership when they fell short to Sale Sharks.

Given how far away the top four was when Blackett took over, former England prop Kieran Brookes says that the prospect of playing post-season rugby seemed a distant reality at the end of winter.

“What were we?” Brookes started. “Ninth? Tenth? Something like that. At the time it seemed quite far. I think we knew deep down that we had a squad capable of getting there, it was just things weren’t really going our way. It has kind of taken a change in the management and the lockdown period for us to kind of come together and start playing our best rugby.

"Winning does change an environment. It takes pressure off the little things. I think a change in management does obviously change a few things as well around the club. A few new coaches coming in, Richard Blaze coming in after lockdown, with Fowkesy (Neil Fowkes) as scrum coach, it has changed the way our forwards train on a Tuesday."

Getting ready for the semi... pic.twitter.com/r2PtI7uhbB

Earlier this week, there was some uncertainty as to who Wasps would be taking on in the semi-finals due to Sale's fixture against Worcester Warriors being postponed last Sunday.

However, the picture became clearer on Wednesday as further postive Covid-19 tests in the Sharks camp meant Steve Diamond's side had to forefit their game, confirming Bristol as Wasps' challengers on Saturday afternoon.

Bristol's end of season Premiership form hasn’t been at its best, losing three games since the return after selecting several weakened sides ahead of their Challenge Cup commitments. Without the distractions of Europe, Wasps have been able to play a relatively strong team in each round which has also contributed to their fine form.

Throughout this period, Blackett has remained steadfast in his messaging and has described their approach as internally focused so they can control what they can do before looking too much into their opposition. It is a way of working that has served them well so far.

“Staff-wise, it is something we believe in,” Blackett said. “We believe in being process driven, so not talking about outcome. We may have long-term goals, which obviously after lockdown was to try and get into the top four.

“To do that you have got to be process driven, you have got to go game by game. Most of the time, what we actually speak about is the first 20 minutes of games. It’s not like we’re talking about the full 80 minutes. It is about 'the what’s next' mentality.

“I definitely think overall you get carried away thinking too much long term. I think you are best in the here and now, so we thought that was the best way and hopefully it has definitely helped us along the way.”

Bristol have chosen a nearly full-strength starting 15 for the visit to Wasps with their only real omission being full-back Charles Piutau, who has been out for several weeks with injury.

Max Malins, instead, starts with Siale Piutau and Semi Radradra combining in the midfield once more. Andy Uren and Callum Sheedy link up at half-back, whilst Ben Earl, Steve Luatua and Nathan Hughes join forces in the back-row.

As for Wasps, they make two changes to the side that defeated Exeter Chiefs last time out. Joe Launchbury and Jack Willis return to the starting XV to add a bit more experience to an already highly decorated line up.