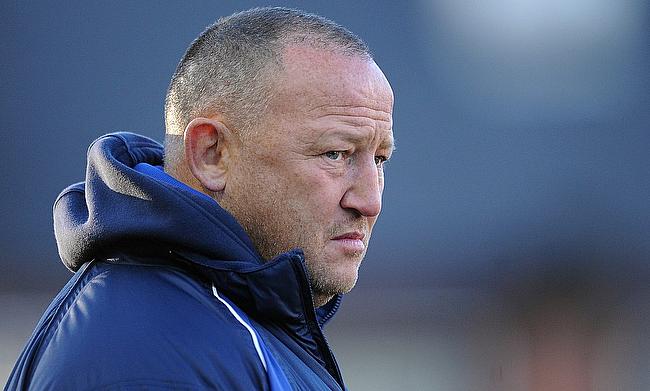 Bath Rugby will be the fourth team to secure a play-off berth in the ongoing Gallagher Premiership after Sale Sharks' final game against Worcester Warriors to be played on Wednesday was cancelled.

The game was originally scheduled to be played on Sunday but was postponed to Wednesday after 16 players and three staff were tested positive for Covid-19.

However, the latest round of testing reported additional eight positive cases that includes six players and two more staff members and as a result Sale Sharks forfeited their game that resulted in a 20-0 win for Worcester Warriors.

The result means Sale Sharks failed to reach the play-off spot after being struck at 64 points allowing Bath Rugby at fourth place with 67 points to qualify for the knock-outs.

Earlier, reports indicated that the outbreak in Sale Sharks were due to their celebrations following their Premiership Rugby Cup title win but the club had denied the allegations in a statement.

"This is devastating for Sale Sharks, the players and staff with Covid-19 denying the club the chance to challenge for the Premiership title at the final hurdle. Sale Sharks and all involved with the club are determined to come back stronger than ever in time for next season," read the statement from Sale Sharks.

"The owners are very proud of, and grateful to, the players and staff for the effort that has been demonstrated throughout the protracted season and particularly over this past week.

"Sale Sharks would like to thank all its supporters for wishing the club's players and staff a speedy recovery during these difficult circumstances. They would like to reassure those well-wishers that no-one who has been infected has any serious health concerns at present. The club will continue to ensure that everybody is closely monitored and supported over the coming weeks.

"Although everyone at Sale Sharks is disappointed to see our campaign end in this manner, the club wholly understand that the welfare of players, staff and officials is the most important factor. Throughout the last six months, we have followed the official guidelines and protocols given to us by the RFU and Premiership Rugby, with rigorous testing regimes and safety measures in place to protect everyone connected to the game. Sale Sharks is confident the audit carried out by the RFU over the past few days will confirm this absolutely.

"Reports over the weekend suggesting our players acted irresponsibly by partying and socialising throughout Manchester after our Premiership Rugby Cup victory are completely inaccurate and untrue.

"Health and Safety has always been our top priority throughout the return of professional rugby in England and we have an important role to play in supporting the Premiership Rugby players that have tested positive for this terrible virus."

"I have spoken to Sale Sharks this morning and neither the club or Premiership Rugby will take risks with people's health.

"Together we won't compromise our commitment that matches will only happen if it is safe to do so, therefore the game is off. Today's decision demonstrates that commitment.

"Our first thoughts are now with those at the club, both players and management, who have tested positive and we wish them a speedy recovery. We mustn't forget we have a significant number of people at one of our clubs with Covid-19, and we will give the Sharks all the support they need.

"We know everyone at Sale Sharks will be devastated, and we share their disappointment that their season ends this way. But we can't jeopardise the health of any players, staff or management at any of our clubs. This is why we took action at the weekend to prevent the match going ahead on its original date, and again today to cancel the game."