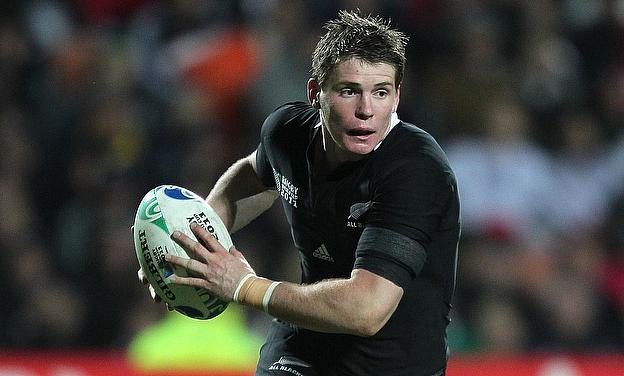 The Crusaders claimed their fifth consecutive Super Rugby victory with a 57-29 bonus-point win over the Queensland Reds at Suncorp Stadium.

Visiting fly-half Colin Slade made all 11 of his attempts on goal to record five penalties and six conversions in a 27-point haul.

The Reds responded with four tries of their own to secure a bonus point, but victory edges the Crusaders ever closer to a wild card place.

Quade Cooper booted the Reds into an early lead but Nemani Nadolo went over for the visitors' first try after several phases.

Andy Ellis was then sin-binned for the Crusders but Slade extended their lead before Jamie-Jerry Taulagi did well to stay in play and cross for the Reds with Cooper converting.

The Reds were now making the extra man count and two minutes later they had their second score with Dom Shipperley gong over after good work from a lineout and Cooper again added the extras.

Slade reduced the gap to a point at the interval with two penalties and two minutes after the break the visitors were ahead as Wyatt Crockett took a quick tap and went over from a penalty right on the line.

It was only another two minutes before the Crusders had their third as Johnny McNicholl crashed over and when Slade added another penalty the lead was 16 points.

The bonus point came when Luke Whitelock went over after having a high kick tapped down to him and moments later Nadolo had his second to open up a 30-point gap.

A Rod Davies score offered the Reds some consolation but Cooper missed the conversion before Slade booted another penalty to bring up 50 points for the Crusaders.

Rob Simmons then sealed a bonus point for the Reds as he gathered a Cooper kick and went over with the latter converting before McNicholl ended the scoring.