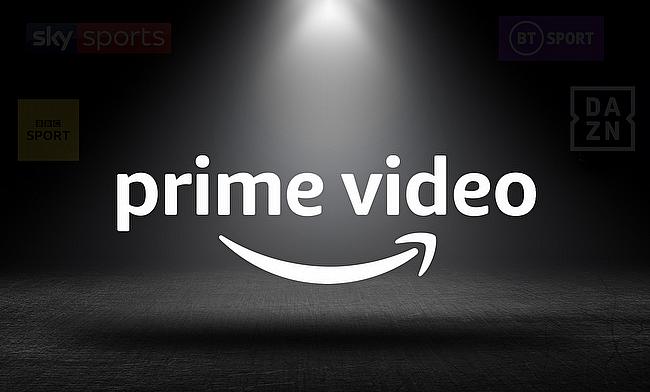 In a strange and difficult year for rugby union, the sport is now preparing to enter a new era.

This weekend is the start of the inaugural Autumn Nations Cup and in a UK first, almost the entire block of upcoming internationals will be shown on Amazon’s streaming service, Prime Video.

The first foray into the rugby market from the internet giant will see them exclusively broadcast 13 matches in the competition whilst all three of Ireland’s home fixtures will only be available on Channel 4 in the UK.

Considering Sky’s deal to show England’s autumn home matches has now expired, with the BBC’s arrangements with Scotland and Wales also following suit, Amazon’s quick thinking to secure the rights to the Autumn Nations Cup could be hugely significant.

In terms of international rugby, the BBC and ITV have seemingly led the way with their free-to-air coverage and last year’s World Cup final between England and South Africa attracted an audience of approximately 13 million people on ITV.

Both broadcasters can justifiably put a claim forward to continue spearheading the UK’s international rugby coverage, but for the next month, the TV offering from Prime Video will provide some fresh and innovative competition.

Can Amazon tap into the Six Nations and Premiership Rugby market?

Amazon’s relationship with Six Nations Rugby has already begun due to their involvement with the Autumn Nations Cup and their partnership has reignited the discussion of the Six Nations coming off free-to-air television.

The rights deal for the BBC and ITV finishes at the end of the next tournament and whilst Amazon have barely got their feet under the rugby broadcasting table, they could be in a position to swoop for international fixtures further down the line as they aim to showcase the most compelling sports on Prime Video.

At the start of the year, it was reported that Six Nations administrators were near to clinching a £300million investment from CVC - the private equity firm - for a 14 per cent stake in the tournament, but the coronavirus pandemic halted negotiations.

I just asked @AmazonUK's Head of Content if they have plans to bid for the broadcasting rights to the #SixNations rugby tournament and put it behind a paywall. He couldn't give me an answer but promised to speak to Amazon's sports department and let me know. @CommonsDCMS pic.twitter.com/7orlAE2WyT

CVC also already have a 27 per cent stake in Premiership Rugby and there is increased speculation that the broadcasting rights for the competition might be pooled into a dedicated rugby channel from next year onwards as BT Sport’s £40m-per-year deal comes to an end after the 2020-21 season.

BT Sport became the senior broadcaster of Premiership Rugby in 2013-14, the year the channel was launched. It was arguably their flagship product alongside their brand-new Premier League football coverage and in their first season, a combined audience of 7.88 million watched English rugby's top-flight on their platform.

According to the Daily Mail, Premiership Rugby are in advanced talks with BT Sport over signing an extension on their current deal, but the broadcaster expects to pay less than £40m due to the impact of COVID-19 which in turn, could open the door for potential suitors such as Amazon.

Why Amazon and have they got competition?

What goes in Amazon's favour when assessing their position for both domestic and international rugby rights is the financial and commercial success the company has experienced during the pandemic. Their 'deeper pockets' could help them become a serious player in the rights buying business and when you look at the development of Amazon's sports offering, it is hard not to be impressed.

Their first big move came in the tennis world when they acquired the rights to the US Open, but their coverage of the Premier League last season took Prime Video to the next level as they witnessed a 'record number' of sign-ups.

Amazon are now keen for rugby and the Autumn Nations Cup to follow suit to increase the visibility and profile of their delivery. Yes it is a different sport, and with that comes a different audience, but over the next three weeks, Amazon will be able to champion the fact that they have almost all of the top international rugby clashes.

Their eye-catching back catalogue is complemented by Managing Director of Prime Video Sport in Europe, Alex Green, who worked at BT Sport before joining Amazon. He played a part in BT's bid for the Premier League rights back in 2013 and his knowledge of distributing content across the channel's different platforms obviously adds value to Prime Video.

It is clear Amazon are keen to expand into other European territories as well, with rights to the French Open already sewn up until 2021. Next year, they will also have exclusive coverage of the tournament's newly-announced night sessions where they will be covering 10 grand-slam tennis matches.

A deal has also been done to exclusively show Champions League football in Germany from next summer onwards which will see Prime Video broadcast 16 games a season, giving them the top pick for Tuesday night fixtures in the group and knockout stages for three years. Added to this, Amazon also struck a deal with New Zealand Cricket earlier this week to show their home matches live in India for the next four years.

Be thankful these lads are only delivering rugby ???

Whilst all of this sounds rosy for Amazon, one possible challenger to their potential vision could be DAZN, who are a subscription sports streaming service. They already hold the rights to show various rugby competitions - including the Premiership and the Six Nations - in countries such as Austria, Germany, Japan, Canada, Switzerland and Italy.

DAZN are also launching globally from December 1st which means they will be available in more than 200 countries and territories around the world. In the UK in particular, their initial focus will be on boxing with the view of potentially breaking into the Premier League market, but their current involvement within rugby could catch the eye of CVC and Premiership Rugby going forward.

The subscription service will initially charge no more than £1.99 a month from the beginning of December, but what might go against DAZN is the fact they have been fighting a high-profile financial battle since September.

DAZN have recently lost their prize asset, boxer Canelo Alvarez, who until last week was just three fights into a five-year, $365 million deal with Golden Boy Promotions and the streaming service.

However, according to BoxingScene.com, Alvarez cut ties with DAZN because they would not approve certain opponents for his full contract amount meaning he is now a free agent.

With no resolution on the horizon, the parties reached a settlement last week meaning the network has taken huge losses as a result. As Jeff Powell wrote in the Daily Mail, the whole saga 'throws more alarming light on the digital streaming network's long-term financial future' and this may cast a shadow on DAZN making further steps into the rugby broadcasting landscape.

Autumn Nations Cup – Let’s see how it unfolds for Amazon

For now, back to Amazon and they will be excited by the next three weeks. In fact, they have a very busy couple of months ahead with the Autumn Nations Cup kicking things off. The ATP Finals from the O2 Arena will also be shown on Prime Video as will their 22 exclusives matches from the Premier League during December.

At £7.99 a month, the price is competitive and reasonable but new visitors to the streaming service can opt-in for a free 30-day trial. For existing Prime customers, there is no extra cost plus, there won’t be any additional charges to view the Autumn Nations fixtures once you have purchased your subscription.

From the outside looking in, Amazon have left no stone unturned when assembling their army of presenters, pundits and commentators for the competition. The recognisable names from across sports broadcasting and rugby union will likely add a sense of reassurance and credibility to Prime Video’s coverage.

A feast of rugby will also be supplemented by Amazon’s offering of a one-hour highlights show each match-day just to maximise their exposure even further.

Having already successfully broadcasted the Premier League, US Open and NFL on their Prime Video service, Amazon now find themselves breaking new ground in rugby as they aim to provide the best and most compelling coverage. Their previous ventures into other sports should give them belief and confidence that they can continue executing their delivery to the highest standard.

With almost complete exclusivity, there will be some pressure on Prime Video to immediately get bums on sofas - especially rugby union's core audience - and viewing figures will undoubtedly be analysed after each weekend, but all of this adds to the intrigue around the competition. Only time will tell to see whether Amazon can further manoeuvre themselves into the rugby market following the Autumn Nations Cup.