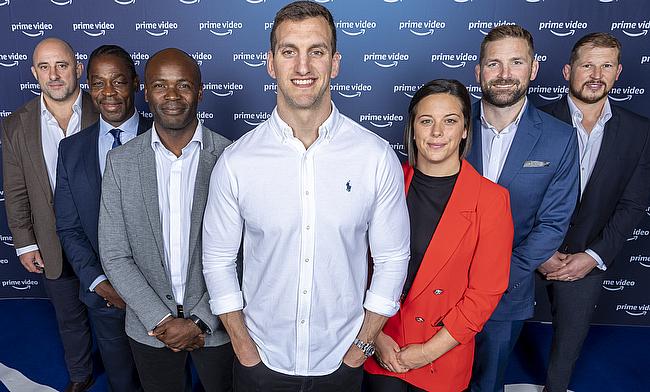 Amazon has unveiled a list of star studded pundits for the Prime Video's coverage of the Autumn Nations Series to be played in October and November.

Having already successfully broadcasting the Autumn Nations Cup last year, the streaming giant now broadcast in the United Kingdom the games involving England, Scotland, France, Wales and Italy with the fixtures involving Ireland to be part of the 2022 coverage.

These names will be flanked by a star-studded line-up of southern hemisphere experts representing the visiting nations, including Bryan Habana, Michael Cheika and Stephen Larkham.

On the ground reporters from within the stadium will bring the latest news from pitch-side as well as reaction from coaches and players.

For the first time ever on Prime Video, Prime members in the UK will be able to watch Wales matches with a full Welsh-language production, hosted by Owain Gwynedd and featuring punditry and analysis from Shane Williams, Nigel Owens, Nicky Robinson, Gwyn Jones and Sioned Harries. Welsh-language commentary will be provided by Gareth Charles.

Apart from the live coverage, the Prime subscribers will be able to watch all of the action on-demand on Prime Video, including full match replays, edited highlights and match clips at the end of each match-day across the Autumn Nations Series.

The Series begins on Prime Video from 30th October with Scotland v Tonga and Wales v New Zealand, and will continue across four weekends until the the weekend of the 20thNovember, featuring England v South Africa. Seventeen of the matches are exclusive to Prime Video including Wales vs Australia, Scotland vs Japan and France vs New Zealand.