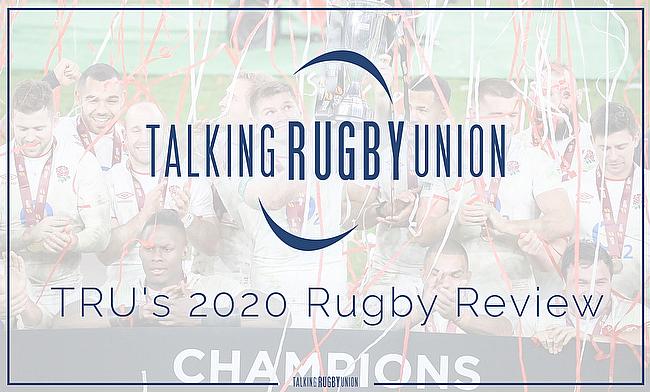 After a tumultuous year on and off the field, TRU have reviewed 2020
©INPHO/Billy Stickland/Skof Designs

As a torrid year comes to an end, it seems prudent to remind ourselves of 12 months of rugby like no other.

England conclude 2020 having won a Six Nations Championship and Autumn Nations Cup, Exeter Chiefs have lifted the Premiership and Champions Cup trophies, and Bristol Bears are the current holders of the Challenge Cup.

Because of Covid-19, the fans of these teams have been unable to watch their stars make these achievements in the flesh. It has been hard to enjoy the games on the television or at venues without the thousands of fans who make this sport so special.

There is certainly a future where we will see you back at stadia again and it is a day we are all looking forward to.

As mentioned above, English rugby has had a fairly good run of things in 2020 and Exeter emerged from the shadow cast by Saracens, who were relegated to the Championship for breaching salary cap regulations.

Throughout the summer, in particular, we saw Joe and Sam Simmonds become instrumental to everything which Rob Baxter’s team did and they were key figures in the Cheifs achieving a league and European cup double.

For previous seasons, it had been pondered whether or not Exeter would become a dominant force in continental competition, but this year, there was no stopping the men from Devon in the Champions Cup.

Their semi-final victory over Toulouse at Sandy Park signalled their intent and in the final, they battled past Racing 92 to add another piece of history to their growing list of accolades. 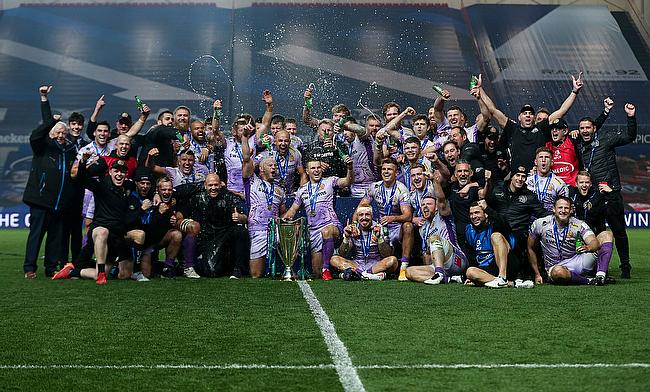 A week later, more silverware was added to the Exeter CV as their self-assured performance against Wasps in the Gallagher Premiership final made 2020 a year to remember for those of a Chiefs persuasion.

Both England’s men and women were successful in 2020. The Red Roses secured back-to-back Six Nations Grand Slams and they will be full of confidence heading into a World Cup year.

Simon Middleton’s stars were nothing short of brilliant in each of their five Six Nations games, romping home to the title in Italy. Having also played a two-match series against France to conclude the year, their resilience was tested, but their undeniable quality shone through.

The Red Roses also end 2020 knowing that Katy Daley-McLean will never pull on an England shirt again. Announcing her retirement from international rugby earlier this month, it is a sad thought that we won’t see the South Shields fly-half play at the highest level once more, but we can do nothing more than thank her for her contribution to the women’s game.

Rugby has dominated my life since I entered the international set up at 18, making this a very tough decision to call time on my international career. I’ve had an incredible journey, surrounded by exceptional people and couldn’t have wished for anything more... pic.twitter.com/2zdAVRAsS6

As for the men, they returned from their heart-breaking Rugby World Cup final loss to South Africa in 2019 by winning the Six Nations and then the Autumn Nations Cup. Despite some rather sketchy performances and a loss against France, Eddie Jones’ team were unwavering in their attitude and performances.

Playing a style of rugby that subjected their opponents to extreme pressure for 80 minutes, England were criticised for ‘boring’ play. However, what cannot be argued is the effectiveness of their approach as they clinched the Six Nations title for the third time in five years along with the inaugural Autumn Nations Cup.

A shortlist of other highlights:

-       Super Rugby returning in a new format in June, providing a welcome distraction to the tedium of lockdown.

-       The restart of the Gallagher Premiership. Everyone involved deserves a lot of credit as the 2019/20 season was completed.

-       Allianz Premier 15s making its return with law variations and coming back as an even stronger competition...if that was even possible.

-       The resurgence of France under Fabien Galthié, the side developing strength and depth as they prepare to host the 2023 Rugby World Cup.

-       Argentina beating the All Blacks for the first time in their history in mid-November, 25-15 in Sydney.

-       The World Tens Series announcing itself to the world in Bermuda with some scintillating action for three weeks.

Since March, the doors of community rugby clubs have pretty much remained closed.

Only recently have a few teams been able to organise friendlies and some traditional Boxing Day fixtures, but the reality is clubs rely on people being able to attend games, having a pint and enjoying a cone of chips whilst watching the match.

The NCA is pleased to announce the groupings for next year's cup competition??

That full Saturday afternoon experience at your local club has been absent for almost 10 months. It has been a hard period for the grassroots game, but with teams set to take part in scheduled fixtures in 2021, it feels as though there is a brighter future ahead in the new calendar year.

The plight of sevens

Of course, with the Olympics postponed until next year, we never got to see what is considered the best show on earth take centre stage in Japan.

The financial implications of no Olympics and the cancelled stages of the World Series meant that we saw England’s Sevens programme indefinitely cut by the RFU. This left players out of work and without much direction as they continue preparations for the rescheduled Games.

Wales, too, announced that their programme would be temporarily shelved, but now with funding from the National Lottery, we will have a Team GB competing on the World Series when it returns in the New Year.

The RFU, @Scotlandteam and @WelshRugbyUnion confirm they have secured funding for GB Sevens teams for the 2021 season ahead of the @Olympics and @WorldRugby7s.

So, this was pre-Covid. When England Rugby announced significant funding cuts to be paid to Championship sides, it changed the face of professional rugby in England.

Around six teams in the 2020/21 season will call themselves semi-professional in the second division. What’s more, it has taken until winter to offer clubs a direction as to when they will return to play.

We know now that this will be in March and it is an exciting prospect that Championship sides will be playing rugby once more, but it will have been a torrid 12 months for all those associated with clubs in that division.

Things to look forwards to in 2021

As much as the future is uncertain, there is plenty of rugby to look forward to in 2021. It all starts with the Six Nations, with England’s men and women looking to protect their titles when the competition begins in February.

Then there is a British & Irish Lions tour. Heading to South Africa, it promises much and it will be the third time in succession that the Lions come up against the Boks as world champions.

Simultaneously, the Olympic Games will be taking place and a five-year wait for gold, silver and bronze medals will be over. If 2016 was anything to go by, the competition will be of a ridiculous standard and it should be a fantastic spectacle.

The 2021 World Cup in New Zealand will see the world’s best women’s teams battle it out. The reigning champions will be hosting the tournament, but an extremely strong and exciting England side will be out to spoil the party.

Hopefully, next year in the northern hemisphere we will also see fans return to grounds. It would be brilliant if that is the case and there is optimism at the moment that these things could happen, so here’s to that.