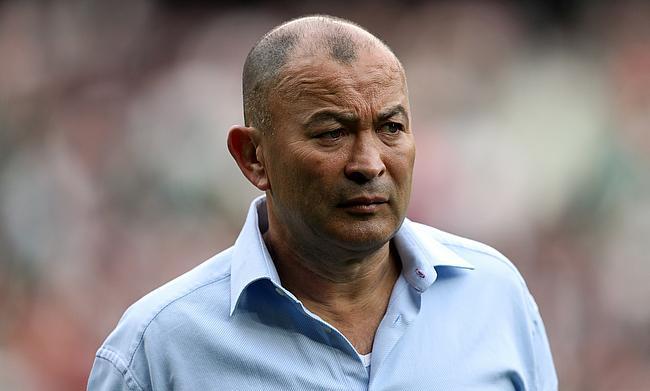 Eddie Jones is never one to give all that much away.

He sits in the bowels of Twickenham looking at a computer screen after answering plenty of questions surrounding the exclusion of George Ford, Mako Vunipola, Billy Vunipola and Jamie George from his squad.

Already George has made his way back into the fold as a result of Luke Cowan-Dickie’s ankle injury that puts him out of contention for the Autumn Nations Series, but at this time Jones is unaware of his starting hooker’s fate.

Since the summer, the Australian has consistently spoken about the need to refresh his group for the upcoming 2023 Rugby World Cup in France. Naturally, the question about Owen Farrell’s inclusion came up – it always does – and whether the Saracens man still had the chops to lead the group, for Jones the answer was simple.

That was all that needed to be said, the 61-year-old unwilling to bend the knee to questions surrounding his figurehead. Instead, he underlines the fact that there are five campaigns between now and France, not long at all.

Instead, he wants a group of experienced players with “the will to prepare to win the World Cup” in two years’ time. Of course, as George knows, the door is far from closed, with time the only way of telling if the Vunipola’s and Ford will make their way back into the fold.

But after all the talk of selection, it is the rugby that comes up next. Funny that.

Nearly 12 months, Jones uttered the line “we want to put smiles on peoples faces” in the Autumn Nations Cup. Whilst England did ultimately win the tournament beneath stormy skies, the rugby was anything but delightful.

In the months that have passed, rugby seems a bit more exciting again, Lions tour aside. This is thanks largely to Harlequins’ success in the Premiership, as well as the Rugby Championship.

On top of this, there has been clear and consistent messaging from World Rugby, Gallagher Premiership, Super Rugby and the United Rugby Championship, that referees would be looking to increase ruck speed in order to keep the game flowing.

Squad update | Luke Cowan-Dickie has withdrawn from the England squad for the @autumnnations series with an ankle injury.

Jamie George has been called up for next week's training camp in Jersey.

All the best with your recovery @1_Dickie ?? pic.twitter.com/BPDzbHnHBJ

Even more recently there has been the introduction of the 50:22 kick, the banning of pre-bound pods of players and lower limb clear-outs. When it comes to international rugby in the northern hemisphere, no one is entirely sure what the Autumn Nations Series will look like, although Jones is more than aware of the trends in the game at the moment.

“I think what we’re seeing is,” Jones said, “the big determiners for the game are the speed of the ruck, and the scrum to a large extent.

“That is 80% of the penalties and the ruck speed, because the referees have been refereeing the tackler rolling away very hard and policing the second man releasing. We have seen a lot more quick ball.

“And with quick ball, we have seen defences under pressure, and we are seeing attack grow a little bit. What has ended up, the balance between the way you go forward, between kicking and between running has balanced out a little bit.

For England, that seems like the perfect scenario, with Marcus Smith, Raffi Quirke and Harry Randall selected by Jones, but so much of this all comes down to the person in the middle.

Never before has it felt like referees have had such an influence on rugby, Jones hoping that those entrusted with the whistle for the games against Tonga, Australia and South Africa remain hot on the officiating of these areas.

“The concern is that the referees stop being diligent in that area,” Jones said. “They have got to be like policemen. In some countries, if you don’t cross a zebra crossing properly, you get fined. Like Singapore.

“So, people don’t do it, do they? If you go to Singapore, you follow the instructions, whereas in other countries where it is more grey, you tend to take latitude. What we have got to ensure is that the referees keep diligent at that ruck, diligent on the defensive side and also diligent on the attacking side.

“Even on the weekend, I saw a couple of games where the referees weren’t diligent on players flopping on the ball. So you have got to be careful that we referee the breakdown to be a contest.

It is one of those scenarios where only time will tell if the rugby is the polar opposite of what we experienced last year. England begin with a clash with Tonga on November 6, with clashed with Australia and South Africa in West London.