Report on Salary Cap breach of Saracens to be published 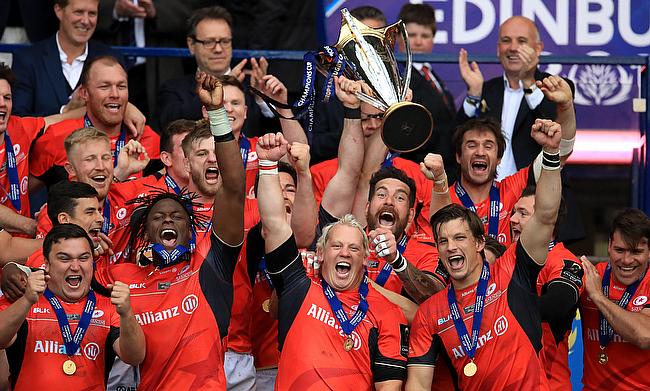 Premiership Rugby have confirmed that the report of breaches in salary cap made by Saracens will be published.

The decision follows after Saracens raised no objections in letting the full report to be released into the public domain.

The investigation was led by Lord Dyson and Saracens were given an uphill task of remaining within the £7m cap this season but the task proved next to impossible as they will now be relegated from the top tier at the end of season.

"We will now begin preparations for release of the decision. Further details will be provided in the coming days."

Saracens chairman Neil Golding echoed the club's sentiment as they are keen to bring more clarity on the issue.

"Since my appointment on January 9, I have spent considerable time in discussions with PRL [Premiership Rugby Limited] and nobody has asked me what my position is on the matter," he said.

"To confirm, we are keen for the report to be published in full, and I made PRL aware of this earlier today. It will provide much needed context and clarity."

Golding, who replaced Nigel Wray as club chairman recently also admitted that the club were not ready to open their books mid-season forcing them to opt for relegation and expressed confidence on overcoming the setback.

"Prior to my time here, there were discussions with PRL in relation to conducting a mid-season audit spanning several seasons.

"It would be fair to say that other PRL stakeholders were sceptical about our compliance with such an audit. We carefully considered the option of a full investigatory audit.

"However, that inevitably would have involved a long period of more financial and emotional strain, and this, in turn, meant this was not a viable option for us.

"We therefore agreed with PRL on relegation in the hope that we could draw a line under the mistakes made by Saracens with respect to compliance with the regulations and concentrate on putting our new robust procedures in place."