Youngs: 'There wasn't a dry eye' in the Leicester changing room 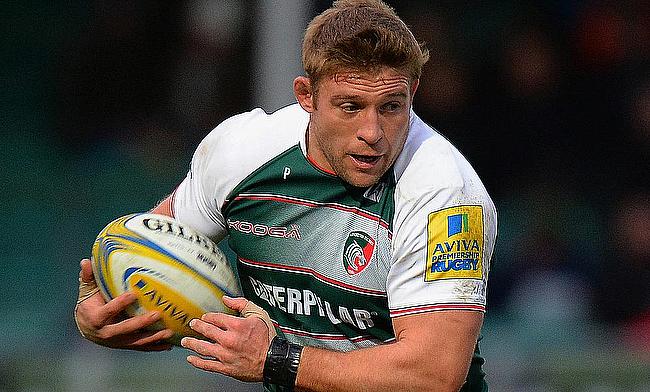 Tom Youngs has revealed there was not a "dry eye" in the Leicester Tigers changing room after he addressed his teammates before leading them out for the final time at Mattioli Woods Welford Road.

Last week, the hooker confirmed he would be retiring from the game after racking up 215 appearances for the Tigers as well as representing England and the British and Irish Lions.

The Leicester stalwart spoke to his peers ahead of their 56-26 victory over Bristol Bears on Saturday and he gave an insight into how emotional it was pre-match.

"I just talked about how I'd love to do one more tackle for them and one more carry for them but I can't," Youngs told the media on Tuesday.

"I talked about Tiff (Youngs' wife) a little bit. I talked about life, and how when you're in the moment, in that changing room, you don't realise how good it is and how lucky you are sometimes.

"Ultimately, you don't realise how cruel life can be sometimes, so you have to enjoy those moments. There wasn't really a dry eye in the changing room. It was lovely, and those things will sit with me for a long time."

Sit down with Tom Youngs and Ben Youngs in the historic home changing room at Mattioli Woods Welford Road as they look back on the career of the retiring Leicester Tigers legend.

Youngs was joined by his daughter Maisie as he trotted out before Leicester's latest win which sees Steve Borthwick's side continue their momentum ahead of their huge Heineken Champions Cup quarter-final on Saturday against Leinster.

The 35-year-old was part of the last Tigers team to lift the domestic title and as things stand, the Midlands outfit are well placed to pick up the big prize for the first time in almost a decade whilst also going for European glory.

Current skipper Ellis Genge and Youngs' brother, Ben, planned for Tom to deliver one final speech and now he hopes his colleagues can continue to drive the club forward.

“[Ellis] spoke to Ben and said they wanted me to come in the changing room, make a speech and lead the boys out,” he continued. “I am very grateful for that one last opportunity. I never thought I’d get to do anything like that again.

“I did enjoy speaking pre-game. I wouldn’t speak a lot during the week. I’d maybe build it up towards the end and save my voice for the game.

“I wouldn’t really think about what I was going to say. It would just come out because I realised that if it came from the heart it was the best thing ever.

"I'm now a full-on fan and I love watching the boys play. I love seeing the pride back in a Leicester shirt. It fills me with a lot of joy and happiness.

"It’s a great squad, it has got good youth to it, which I think is important. You’ve got guys who have come through the academy which I think is hugely important. I’m excited by this squad, they’ve just grown and grown over the season, the belief has become more ingrained in them.

"This weekend will be a hell of a test and one that I’m excited about watching.”