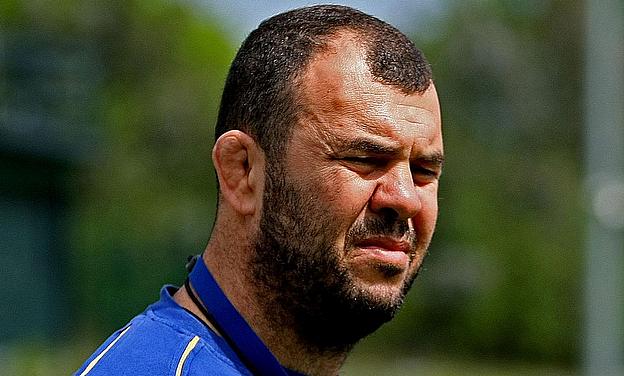 Waratahs head coach Michael Cheika has been handed a suspended six-month ban for abusing a cameraman in South Africa in March.

The former Leinster and Stade Francais coach pleaded guilty to a charge of misconduct in a disciplinary hearing relating to an outburst in the Waratahs' defeat at the Sharks in Durban on March 29.

"I do not regard Mr Cheika to be a first time offender and it would be farcical to disregard other matters over the past nine years, including proven misconduct allegations from his time as a professional coach in Europe and a warning from Sanzar during the 2013 Super Rugby season," read part of Hampton's verdict.

"This matter bears a number of striking similarities with past instances, particularly the use of foul and abusive language towards those charged with running a match and the propensity of Mr Cheika to behave in this manner is disturbing.

"Given his previous record and the factual findings of the investigation, I regard this as a serious offence and do not see it as a result of any provocation, nor is there any excuse for it."

Cheika's ban will remain on suspension until August 31, 2015, and he was ordered to cover hearing costs of 6,000 Australian Dollars.