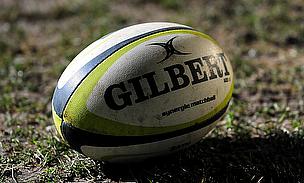 Nick Cummins scored a hat-trick last week but can Western Force make it six wins in a row?
©PA

Super Rugby Round 9 was tricky because of the 50-50 nature of some results - rather than any outrageous upsets, the away teams winning three out of six games, will Super Rugby Round 10 be any easier?

Super Rugby Round 10 features two New Zealand derbies, two South African derbies, one Australian derby and the Waratahs host the Bulls. This is something to enjoy while you are eating your Easter eggs.

Given how there is usually one or two upsets each round it is going to be another difficult round, some of these matches won’t be as easy as most people think, with local derbies often tripping people up.

The next two rounds of Super Rugby feature three teams having the bye, so this week players from the Highlanders, Brumbies and Reds have the bye, while next week the Crusaders, Lions and Rebels have the bye. This means that some teams will already have had both of their byes.

Super Rugby Round 10 starts in Wellington where the Hurricanes host the Blues at a wet Westpac Stadium.

Both teams had a bye last week, but have contrasting team selections.

The Blues have made several changes, with the bye allowing time for some of their players to recover from injury.

They welcome back some experienced players including Chris Noakes, Keven Mealamu, Francis Saili and Tom Donnelly. Luke Braid starts in a rejigged loose forward trio, while Lolagi Visinia starts on the wing.

The Hurricanes have lost Ben Franks to injury and so Reggie Goodes will have his work cut out against the All Blacks laden Blues forward pack.

This game shapes as a close match between these two teams between these teams who both love to spin the ball wide. It will be interesting to see how conditions shape things. Both of these teams have scored 193 points this season.

The Hurricanes should be too strong at home, especially given the Blues terrible away record in local derbies recently.

My pick - Hurricanes by 3 points

This Australian derby has an interesting look to it. The Rebels are placed bottom of the Australian conference and now host the Force who were written off before the season began and lost their first two games, but are now on a five-match winning streak.

The Force thumped the Rebels in Round 4 by 32-7 and that was the catalyst for this five game winning streak, but can they win away from home?

The Force have a remarkably strong team culture and this should be enough to get them up against the Rebels.  Their winning streak has included away wins over the Highlanders and Reds.

The Rebels pushed the Chiefs last week and can’t be written off at home, but the Force should win, but it will be close.

This is the clash between the two traditional heavyweights of New Zealand rugby.  Both of these teams won in Super Rugby Round 9, although these results were contrasting with the Chiefs winning an ugly battle over the Rebels, while the Crusaders put the Cheetahs to the sword.

It will be difficult for the Crusaders to win after travelling back from South Africa and given that they are playing away from home. The Crusaders have looked good in the last two weeks, but their two wins were against the Lions and Cheetahs and so they will notice an intensity in defence this week.

Gareth Anscombe will have benefitted from his run at first five eighth last week after replacing Aaron Cruden. It will be interesting to see if the Crusaders can bring their attacking flair from the last two weeks, against the Chiefs this week.

The Chiefs have developed a knack of winning the close games and that included the last two times they beat the Crusaders in their opening game this season and in the semi-final in Super Rugby 2013.

My pick: Chiefs by 3 points.

The Bulls were humbled by the Highlanders in Dunedin last week, but showed that they can physically dominate their opponents despite not being able to beat them on the scoreboard.

The Waratahs will do it tough in this match against the big Bulls pack with Wycliff Palu still out injured along with Peter Betham and Alofa Alofa.

The Bulls will rely heavily on their pack and the kicking of Jacques-Louis Potgieter and their experienced locking duo with Victor Matfield playing a lot for a guy who wasn’t going to play at all on tour!

My pick – Waratahs by 7 points

The Sharks have another home game which they must win if they are to build enough of a buffer before hitting the road. The Cheetahs haven’t had any problems scoring points, but have struggled in defence.

The Sharks should dominate up front with Bismarck du Plessis leading the forward pack, although it will be interesting to see who wears the Number 10 jersey in Patrick Lambie’s absence. The Cheetahs have terrible defence and this means that there could be plenty of tries in this one, despite what history between these two teams suggests.

The Sharks are unbeaten at home in 2014, while the Cheetahs haven’t won away from home in 2014.

The Sharks lead the overall head to head 7-4 against the Cheetahs. The Sharks should win, but the margin is difficult to pick given the defensive qualities of both teams.

Who would have thought that the Lions would be sitting above the Stormers in Super Rugby 2014?

These two teams have struggled to pick up wins on the road in 2014, but have still been gallant in defeat. The Lions gave the Sharks a minor fright last week before going down, while the Stormers lost only their second home game of the season to the Waratahs.

The Lions have hit a lean trot after a promising start in 2014 and will rely heavily on the boot of Marnitz Boshoff, while the big Stormers team has gone for two kickers with Peter Grant starting at fullback.

We are going for the Stormers to win thanks to their home ground. It should be a relatively close and low scoring game.

It is a funny Super Rugby draw when the Stormers are only playing their third home game while the Sharks have played every game in South Africa including five home games.

My pick – Stormers by 6 points.

For a change, the home teams won half of the games in a round in Super Rugby Round 9. The most common winning margin is now three points (seven times) just ahead of eight points (five times) while the average winning margin is dropping and is now 10.63 points.

Round 9 saw three bonus points for finishing within seven points. It is difficult to know whether to expect the home teams to continue to dominate in Super Rugby Round 10 while there will be some close games.

There have been 18 obvious picks in Super Rugby 2014 so far, the interesting thing is that there have been 11 extreme upsets and 13 50/50 results this season, which makes you feel better about yourself in some regards.

Super Rugby Round 9 featured no upsets. Given the relative nature of SuperBru, extreme upsets aren’t all that bad because nobody gets the points.

There have been 13 50/50 results which is when 40% to 60% of tipsters pick a result. These can kill you as a tipster because half of the people get the points, while the other half don’t.

There were two of these 50/50 games in Super Rugby Round 9, so be careful, these games can make or break you!