Wales not interested in 'verbal battle' with England - Robin McBryde 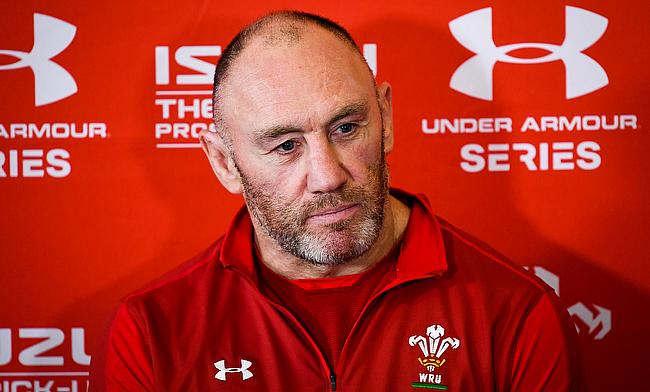 Wales assistant coach Robin McBryde insisted that his team will not engage in a verbal battle with Eddie Jones and England side ahead of the upcoming Six Nations clash between the two teams at Twickenham on Saturday.

Jones has already ignited the tension between the two sides ahead of the high-voltage clash by lodging a complaint to World Rugby about Wales skipper Alun Wyn Jones' conduct in the Scotland game and described fly-half Rhys Patchell as “third-choice 10”.

Even though Wales started their campaign with a 34-7 victory over Scotland, the former Australian boss believes Warren Gatland's side will face a completely different set of a challenge when they lock horns with the defending champions.

“Wales played really well against Scotland, but it’s going to be different on Saturday – they had no expectation on them last Saturday, but this week they come full of expectation," said Jones.

“Everyone has been telling them how well they played. (Wales coach) Warren Gatland’s been talking a lot this week. He’s confident. They’re confident.”

Reacting to the comments from Jones, McBryde said: “I don’t know what Eddie has said, but any player wearing the number 10 jersey is going to be put under pressure,” McBryde said. “There’s nothing different there.

“He (Patchell) is surrounded by a number of players from his (Scarlets) region and that cohesion it brings, that familiarity, will hopefully stand up under the pressure of international rugby. As we saw last Saturday, it was good to watch.

“I am not going to try (to respond) with Eddie. I know better! He’s got a few things to get off his chest, and hopefully he’ll feel better for it.”

Asked if there was a message for Jones, McBryde added: “I’m going to stay out of it. I can’t win that one.”

Wales are the last team to beat England in a Six Nations clash at Twickenham that came six years back and have enjoyed victory over the red rose team three times under Warren Gatland.

“For the players involved, they can draw on those experiences and look back on why they won,” McBryde said. “From a team point of view, I don’t think it stands for a lot. England are a bit different, Wales are a bit different, and rugby is now different, certainly with some new laws and a new emphasis on certain aspects of play.

“The game changes pretty quickly and we know momentum is pretty important. We will be aiming to start well and take it from there.

“Eddie has said he is going to put us under pressure, but the same goes for us.

“Shaun Edwards (McBryde’s fellow Wales assistant) will be banging the drum in terms of putting them under pressure. When the stakes are high, there is no quarter asked and none given. That’s what it will be on Saturday.”