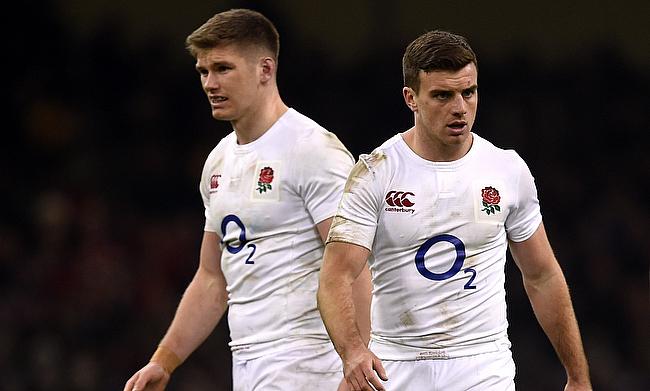 England coach Eddie Jones insists the presence of Owen Farrell and George Ford in the squad provides the team with a lot of flexibility.

Both Farrell and Ford were instrumental in England's 15-46 win over Italy in the opening game as they combined to unpick the defence with crisp passing and clinically-executed moves.

Even though Jones said he will reconsider his options for the midfield, he believes the basis for English success is operating as a team that is greater than the sum of its parts.

“We don’t have a lot of big carriers so we’ve got to be inventive in how we play,” head coach Jones said.

“The pleasing thing against Italy was that we invented stuff that gave us momentum. George and Owen together, they see the game better than anyone.

“We’re not sure but we keep looking and George and Owen together give us plenty of options.

“We don’t have a lot of guys individually who can run through brick walls, so we’ve got to do it through collective talent.”

“It did well because of great work done by Neal Hatley and also great physical development by the players. They’ve got stronger and are more flexible so we can scrum lower,” Jones said.

“It’s because of a combination of the players and coaches working together. We’ve obviously prioritised it.

“Del Maso has floated in. He’s a crazy scientist who has got the perfect picture of a scrum in his head.

“I’ve never met a bloke like him. He brings something different because he’s got so many unusual thoughts.

“He might bring six things forward and one of them will be absolutely brilliant. It’s a great resource for us to have him there.

“He floats in, floats out, brings one or two ideas and we work out whether it’s good for us to do it.”