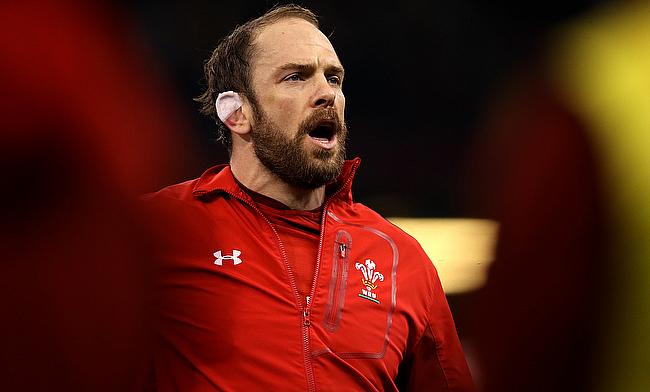 Jones was critical of the way the Wales skipper stood in front of Finn Russell, who was aiming for a conversion to Peter Horne’s late try while the television match official reviewed the score.

Alun Wyn had words exchanged with referee Pascal Gauzere and Russell before retreating back to the try-line.

“I thought that was right out of order. When he tried to stop the referee from allowing the kick at goal – we can’t have that in the game,” Jones said ahead of England's game against Wales at Twickenham on Saturday.

“That’s borrowed from another sport and I really hope World Rugby don’t allow that to creep into the game because it shouldn’t be part of the game.

“All we say is just to be respectful. At times players lose their cool, but that was a contrived bit of behaviour.

“It’s not great for the game and I’ve said something to World Rugby about it, I feel that strongly.

"We’ve got to respect the integrity of the referee in the game because we’ve got one of the most difficult games to referee. And the game only gets more complex.

“It doesn’t get any easier. There’s more density around the ball. The players are bigger, faster, stronger. There’s quicker decisions from the referee to make.

“And if we don’t respect the integrity of the game we’re going to lose part of it.”

Jones also expressed confidence on referee Jerome Garces, who will officiate in the game at Twickenham on Saturday to not get intimidated by the Wales captain.

“We say to our players just to be respectful. You’ve still got to respect the integrity of the referee.

“And all that video work is to help the referee make the correct decisions. So that’s to help them. And the players have got to play their role in that.”