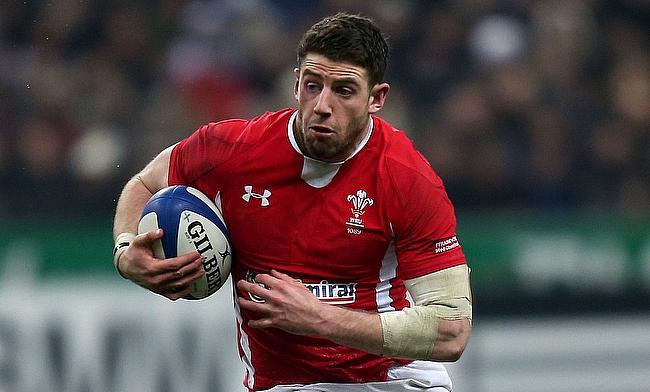 Exeter Chiefs have announced that Wales international Alex Cuthbert will be leaving the club at the end of the 2020/21 season.

Cuthbert joined Exeter Chiefs in 2018 after a seven-year stint with Cardiff Blues and has gone on to make 31 appearances for them including 24 in the Premiership.

Having been part of the Exeter squad that won a double of domestic and Heineken Champions Cup titles in the 2019/20 season, Cuthbert will now be hoping to sign off from the club on a high as they face Harlequins in this season's Gallagher Premiership final at Twickenham Stadium on Saturday.

“I’m sad to be leaving because I’ve genuinely loved every minute of my time at the Chiefs,” said Cuthbert to Exeter's official website.

“Obviously, I’ve not played as many games as would have wanted, but I’ve played in some big games when it’s really counted.

"Last season we won the double, which is one of the hardest things to do in rugby, and now I’ve got the opportunity to lift the Premiership, which would be the perfect send off for me and my family.”

Cuthbert, who has played 47 Tests for Wales but did not feature for them since his moved to Exeter due to their policy of not selecting players under 60 caps plying their trade overseas but now has signed a one-year deal with Ospreys.

“I came here as a young lad, but I really feel I’ve matured a huge amount,” he added.

“I’ve learnt a lot off the coaches, but also the boys as well. Coming in every day is a real pleasure and I’m really going to miss the vibe we have around the changing room.

“That togetherness that exists, it’s special, and every time I go out on the field, I don’t just play for myself, but for all those guys who sit next to me. Every time I pull on that jersey, I literally go out and give everything.”