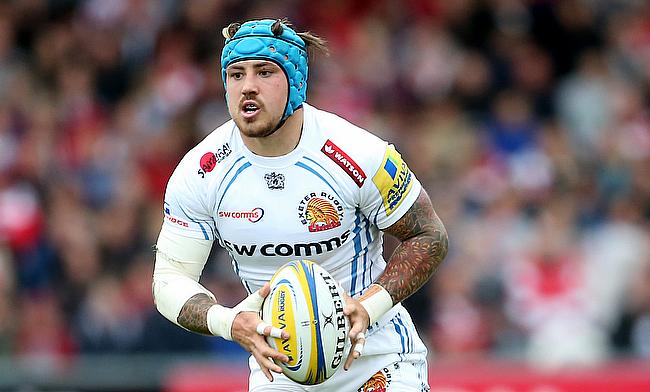 Jack Nowell has recovered from his injury
©PA

England international Jack Nowell has returned back to the starting line-up of Exeter Chiefs for the upcoming Gallagher Premiership play-off game against Sale Sharks to be played at Sandy Park on Saturday.

Nowell has recovered from a sprained medial knee ligament that he suffered during the game against Worcester last month but now returns to start at fullback replacing Stuart Hogg, who drops to the bench.

With both Dave Ewers and Sam Skinner banned for four games, Richard Capstick and Jonny Gray have taken their place at openside and second row respectively.

While Ian Whitten drops out of the matchday squad, Don Armand is named among the reserves.

Meanwhile, Sale Sharks have made seven changes to their matchday squad with Robert du Preez named at fly-half replacing injured AJ MacGinty, who is joined on the sidelines by hooker Akker van der Merwe and flanker Cameron Neild.