Ulster are ready, and out for revenge - Trimble 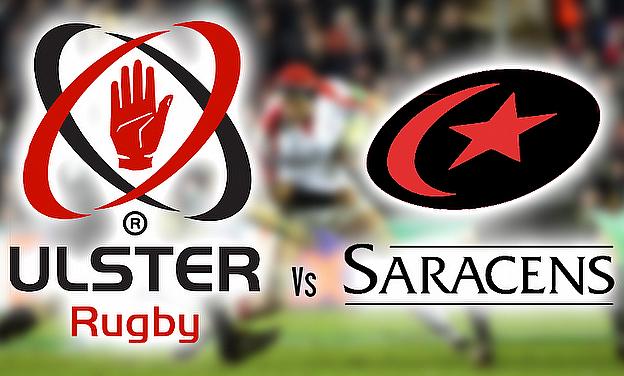 Sarries will be tested against Ulster at Ravenhill
©TRU

Ulster's Andrew Trimble insists that while the Province are up against it in Saturday's Heineken Cup quarter-final with Saracens, his side are capable of defeating the English giants at Ravenhill.

Having lost at the same stage, to the same opposition last year, 27-16 at Twickenham, the Irish winger believes that there are lessons to be learned from the kicking game in Ireland's 13-10 defeat to England in the 6 Nations as they face Owen Farrell once again.

"We know what we’re up against, but we also know what we’re capable of," said Trimble. "The likes of myself, Tommy [Bowe] and Jared [Payne] are going to come under a lot of pressure from Farrell’s kicking game, but as well as that we need to be tough to live with.

“Any side coming to Ravenhill and getting put under the type of pressure we intend to put them under will find it a pretty tough environment to play rugby.

"We did a lot of work in the build up to the England game on Farrell. He’s a bit of a talisman. He’s a young fella, but he’s a leader with his kicking game, his passing game and he’s starting to threaten the line himself a bit too. He’s a massive threat to us on Saturday, so we’ve got to make sure we know what we’re at, keeping our heads up. It’s going to be a big challenge, but we’re looking forward to it."

Trimble stated that while Mark Anscombe will focus on his side's game-plan, the opposition can't be over-estimated. Ulster's form was scintillating in the early part of the season and it was that form that saw them clinch a home quarter-final. Trimble believes a return to that form can see them past this huge hurdle and set up a semi-final clash against Clermont Auvergne or Leicester.

"We’ve just got to buy into those and remember this is how good we can be if we make sure we concentrate on what we’re doing. If we do everything we can to produce that kind of performance again we can be a very good side.

"At the same time Saracens are pretty tough, pretty physical, their kicking game is very organised and their line-speed is fast – they’re quite a unique side so it’s important we do a little bit of homework and make sure we do what we do well."

After the injury which saw him work the radio instead of being involved on the pitch. With victories over Munster and Montpellier at home and Leicester away, Ulster and Trimble built momentum. Each game he felt he was getting another chance to perform and he's hoping to grasp it.

"Last year I was performing quite well for Ulster. This year, I definitely came through the 6 Nations performing as well as I have. I’m loving my rugby at the minute. I’m really enjoying what I’m doing; whether playing for Ireland or for Ulster. I don't want to think too much and hopefully it will keep happening."

Having been in a similar predicament as Chris Ashton who was dropped by England, Trimble emphasised the ability of the English winger and that of his fellow wing David Strettle.

"He’s a class player, he’s physical, he’s experienced, he’s fast, he reads the game very well and scores tries. He [Ashton] got us last year and that try finished us off a little bit. That was pretty disappointing, but he’s a massive threat and David Strettle’s exactly the same, he’s a big threat.

"It’s pre-empting [the attacks by their wingers]. We’ve done enough work to know what we’re up against. It’s just communication in defence, making sure you’re in the right place at the right time because somebody like Ashton or Strettle can catch you with your pants down."

Trimble was a key player in Ireland's 6 Nations Championship triumph after being left out in the cold under Declan Kidney. He has thoroughly enjoyed being back in the fold and playing his part in both Ireland's success and Ulster's push towards the latter stages of the Heineken Cup. But rewind back to the start of the year and things weren't looking so optimistic for the Coleraine man…

"I was a little bit slow after pre-season and usually after a pre-season I feel it’s done me a lot of good. But that’s not how it happened; I was a bit slow and then I got a hand injury. I didn’t really have any momentum. To be honest at the start of the season I was doing a lot of work on my game and I was working hard to make sure I was developing and bringing myself along, but I wasn’t really performing at the start of the year.

"I’ve always daydreamed about one day getting back in [with Ireland] and performing well at the heart of it and I couldn’t have hoped for better than the last eight weeks.

“What we produced with Ireland was an unbelievable experience and I loved every minute of it. If anything it will hopefully push me on to develop that bit further and nail that spot down and make sure I keep producing in a green shirt, because I absolutely love the experience."