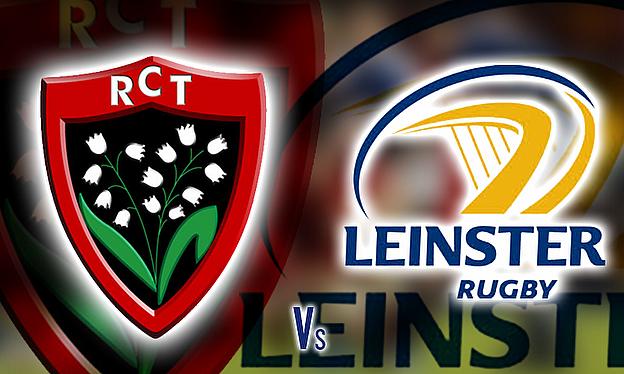 A huge Heineken Cup game in Toulon this weekend
©TRU

Leinester scrum-half Eoin Reddan believes his side need to be at their very best "to even compete" against a Toulon side he sees as a tougher than that which lifted the 2013 Heineken Cup trophy. Toulon edged out Clermont Auvernge in Dublin last May, but have since added to their star-studded cast as they look to reclaim the final edition of the Heineken Cup.

The Heinken Cup reconvenes this weekend after a long hiatus, for the quarter finals of the competition. On Saturday there are six teams in action with two games in Ireland, as Munster face Toulouse first, Clermont Auvergne host Leicester in the afternoon and then Ulster welcome Saracens to Ireland at half 6

On Sunday, though, it is Pro 12 leaders Leinester who face off against current European Champions Toulon.

"On the day, watching that game (against Clermont), you might have thought it was a bad game but over the season last year they were excellent and they have been the same this year.

"They signed some more players, which gives them a few more options and they do play very differently depending on who plays. I suppose they do have a few more different ways of playing.

"It does prevent a different picture for us and will make it that little bit tougher this year than it would have been last year. We are going to be at our very best and be ready for anything to even compete down there. We can be (excellent). Even at our best, we are going to find it tough this week."

Reddan missed the start of the 6 Nations through injury, but fought his way back into the Irish side to help clinch the 6 Nations Championship in Paris against France.

The former Munster player believes the 22-18 derby win over his old club was just what was needed ahead of this weekend's game, but the Pro12 win is now parked as Leinster eye a more prestigious scalp.

"Some week's it's not [easy to park the result and move on], but this week it has been. Everyone is thinking about Toulon, so it hasn't been an issue at all. They are a top class team.

"It will be very tough over there. They are very strong all across the park, they have loads of options in different positions (and) they can play different ways.

"They have an excellent scrum and they will be looking to get on top there. We have had a pretty good record ourselves, the lads have had a very good 6 Nations, so depending on whose fit, hopefully we will do well in that area as well."

"We need to hold onto the ball. We got stripped a lot and the way we play is dependent on being strong in that area when you carry. You could see there were clear differences in the game in the last 20 of the first half and the first 20 of the second half, in terms of how we were playing versus the other periods of the game. The biggest focus for us is just to focus on ourselves, and not trying stupid offloads and carrying the ball strong into contact.

"Probably need to be more consistent this week. It was bits and bobs at the weekend. The first half actually was pretty intense. It was a good game and the second half was up and down. This week, the nature of the knock-out competition, will mean that needs to be sustained right to the end.

Then the question becomes how to stop Toulon, who have world-class players across the park. Reddan believes:

“It is big, big, big day and we find out where we are at the end of it. It’s knockout rugby, so we can't afford to lose. Sometimes it is what it is. It’s very hard to put a decent spin on it.

"They are an excellent team, we are going to be up against it. We are away from home against a very strong pack and a team that can play rugby as well. We will look at all their players, in small details, which arm they carry with, which foot they like to step off, who likes to carry/pass more. They are all very important details you need to get into your head early in the week so that when the game comes they are instinctive."