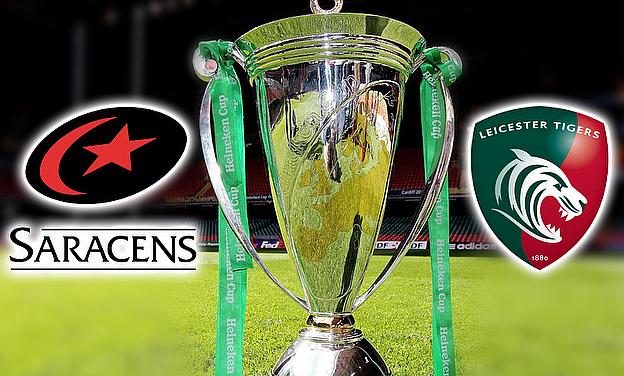 Leicester, European champions in 2001 and 2002, must travel to face last season's Heineken Cup runners-up Clermont Auvergne at Stade Marcel Michelin, a ground where Clermont are unbeaten for more than 70 games.

Ulster finished as top seeds after winning all six of their matches in Pool Five, including a 22-19 triumph at Leicester on Saturday.

And their reward for that achievement is an appointment with a Saracens side that progressed as eighth seeds by filling the second of two best group runner-up spots.

The games are scheduled to be played on April 4/5/6, with six former Heineken Cup winners - Ulster, Toulon, Leicester, Leinster, Munster and Toulouse - contesting the first knockout round.

The semi-final draw, meanwhile, has also been made with Ulster or Saracens having advantage in their own country against Clermont or Leicester, with Toulon or Leinster hosting Munster or Toulouse in France or Ireland.

In the second-tier Amlin Challenge Cup, six English clubs will contest the quarter-finals.

The semi-final pairings are Wasps or Gloucester against Bath or Brive, and Sale or Northampton versus Stade Francais or Harlequins.

Both the Heineken and Amlin finals will take place in Cardiff in May, but no Welsh teams - Cardiff Blues, Ospreys, Scarlets or Newport Gwent Dragons - haven't qualified for the last-eight in either competition.