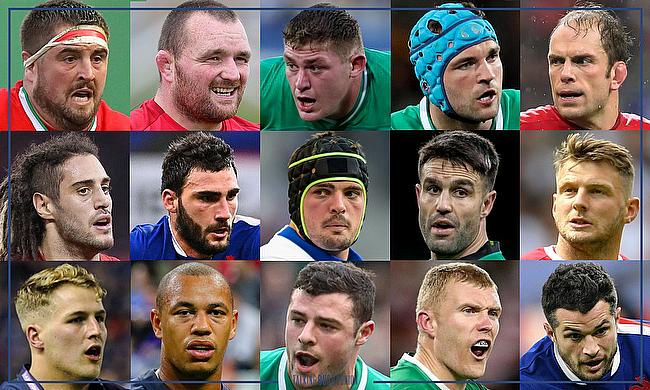 After an amazing Super Saturday, we look at Round 5 of the Guinness Six Nations 2021 and the TRU team have picked their XV from the weekend's games.

1. Wyn Jones (Wales) – Huge work rate from the loosehead, solid in the set piece, also bagged 10 tackles in a brutal and attritional game of rugby for the tight five.

2. Ken Owens (Wales) – Ken was his usual abrasive self against the French, always looking for work, 40 metres to his name in a game where the gainline was highly contested.

3. Taghg Furlong (Ireland) – A sterling performance against the English, carried exceptionally, huge at scrum-time, creating a solid platform and earning valuable penalties for his side.

4. Tadhg Beirne (Ireland) – Becoming a consistent name in the headlines after every Six Nations match, never backing down from a breakdown with a chart-topping 3 turnovers.

5. Alun Wyn-Jones (Wales) – Putting his body on the line as usual with 17 tackles, he was a commanding presence on the pitch and his crucial leadership skills could still steer Wales to a trophy.

6. Josh Navidi (Wales) – Stepping up his carrying intent in recent games,  he took his try well, seemingly nailing down that blindside jersey in the absence of the likes of Wainwright/Lydiate/Moriarty.

7. Charles Ollivon (France) – Dominating the collision area whether that be his 20 tackles or his 49 carrying metres. Picked up a valuable try too. Hamish Watson was a beast.

8. Grégory Alldritt (France) – Another bruiser in the backrow for France, the number 8 relentlessly batters any defensive line, 70 metres made from 13 carries! Conan impressed.

9. Conor Murray (Ireland) – Made a nostalgic return to the 9 shirt pairing with Sexton, his kicking was heavily used as a weapon for the Irish and more often than not, he was pinpoint accurate.

10. Dan Biggar (Wales) – Biggar really rises to the challenge in these big games, took a brilliant line for his try, kicked well with 3 penalties and 3 conversions. Sexton marshalled well.

11. Duhan van der Merwe (Scotland) – Was hard to overlook the big man in this weeks lineup, a ridiculous 192 carring metres, 2 tries and 13 broken tackles! Rees-Zammit produced as per.

12. Gaël Fickou (France) – Such a creative threat in the French midfield on an outside arch or weaving through the centres. One hell of a dangerous pairing with teammate Vakatawa.

13. Robbie Henshaw (Ireland) – One of the standout performers this Six Nations, assured in both attacking and defensive situations, closed down many wide threats from England.

14. Keith Earls (Ireland) – Brilliant to see the Irish winger back in a starting jersey. Took his try with plenty of pace from a well-worked lineout move. Solid display.

15. Brice Dulin (France) – A MOTM performance in arguable the most thrilling game of this year's Six Nations, 1 try, 1 assist, 154 metres with ball in hand highlights his game.