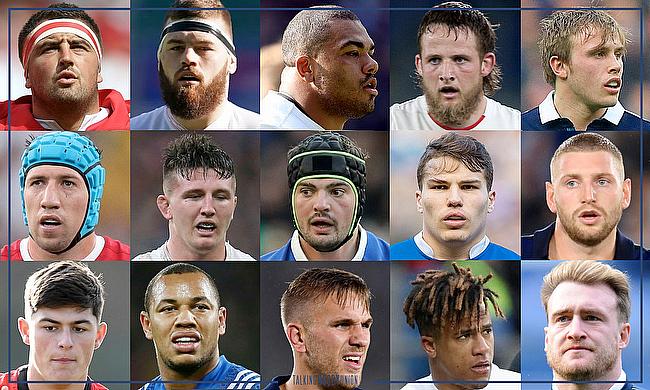 After the second round of the Guinness Six Nations 2021, the TRU team pick their XV from the latest game.

1. Wyn Jones (Wales) – Jones is back in our XV again with a strong display against a Scottish pack that takes chunks out of many a scrum, a menace around the park.

2. Luke Cowan-Dickie (England) – Getting his first Six Nations start Luke seemed full of energy around, coupled with a solid set-piece and the highest carrying total with 14.

3. Kyle Sinckler (England) – England's tighthead had a MOTM performance, trucking hard over the gain line, constantly looking for those deft passes before contact.

4. Jonny Hill (England) – It felt like Hill had been released from shackles against the Italians, free to roam about and wreak havoc at will, which he did to significant effect.

5. Jonny Gray (Scotland) – Jonny Gray got through a decent amount of carries, making 54 valuable metres in the process, as well as his assured lineout work.

6. Justin Tipuric (Wales) – Tipuric makes the side again with another typically effective performance in all aspects of his game. Rhys Ruddock is worth a mention.

7. Tom Curry (England) – Curry was everywhere on Saturday, his carrying has greatly improved along with his offloading, 14 tackles against a side that didn't have much ball is impressive.

8. Gregory Alldritt (France) – Taulupe Faletau is unlucky to miss out, but the French powerhouse took the 8 spot, topping France's metres made with 89.

9. Antoine Dupont (France) – Dupont is the talk of the Rugby World at the moment and with good reason, orchestrating, creating and delivering. Ali Price deserves a nod.

10. Finn Russell (Scotland) – Fly-half was a tough one this week with no 10 truly shinning, but Finn Russell was always looking to produce some magic to clinch the game for Scotland.

11. Louis Rees-Zammit (Wales) – A Man of the Match performance from Gloucester's wing, maturing at only 20 years old, and a hell of a finish after his chip and chase.

12. Gael Fickou (France) – It was Fickou's defence that shone through at the weekend, with a try-saving tackle on Lowe. However, his magical feet did get some air time too.

13. Chris Harris (Scotland) – Harris had an industrious game both in defence and attack against the Welsh. Proving himself to be a shoo-in for selection in the centres.

14. Anthony Watson (England) – Watson made himself extremely busy against the Italians, top of the running meters across all three 6N games with 160m and 2 tries.

15. Stuart Hogg (Scotland) – Another huge performance from the Scotland captain, a true leader on the pitch. Dulin had a great day at the office too but narrowly misses out.