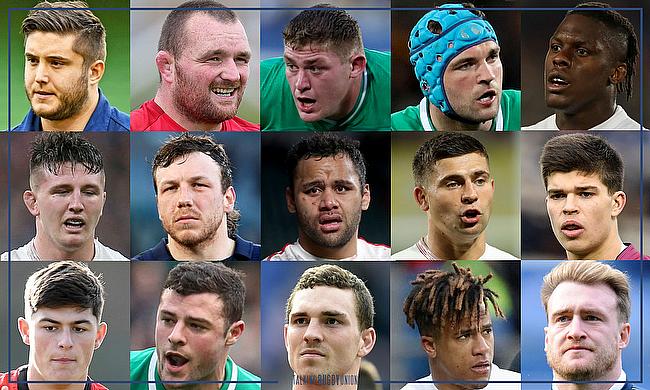 After a short break, we were back in action for Round 4 of the Guinness Six Nations 2021 and the TRU team have picked their XV from the weekend's games.

1. Cyril Baille (France) – The French loosehead had a busy day at the office against England. He carried and linked well in the wider channels, as well as being a jackling threat.

2. Ken Owens (Wales) – Ken kept the scoreboard ticking over nicely with two tries to his name, along with 100% lineout success which resulted in a very competent display.

3. Taghg Furlong (Ireland) – Irish dancing his way into this week's XV, manages to be delicate yet bruising in the same phase. Won a couple of turnovers too.

4. Tadhg Beirne (Ireland) – Again, he's made his way into the second row to squeeze him into the team of the week... a crucial try and yet another MOTM performance.

5. Maro Itoje (England) – Charlie Ewels has one of his best games but it was his second-row partner, Itoje, who shone with a menacing game and the match-winning try.

6. Tom Curry (England) – Curry is certainly putting his hand up for Lions selection. He has really taken on a bigger carrying role too with 70 metres ball in hand.

7. Hamish Watson (Scotland) – Pound for pound one of the most powerful players out there, one try and 15 tackles are just some of his highlights against Ireland.

8. Billy Vunipola (England) – Needed a big performance from the English number 8 and we weren't disappointed. 18 carries and 86 metres made. Grégory Alldritt impressed too.

9. Ben Youngs (England) – Antoine Dupont deserves a shoutout, but it was the English stalwart that provided a masterclass of kicking, passing and sniping brilliance.

10. Matthieu Jalibert (France) – 100% from the tee, along with a vast array of magical touches with the ball in hand, and to think Romain Ntamack is waiting to return!?

11. Louis Rees-Zammit (Wales) – Keeps delivering on the big stage, 157 metres made, 1 try, 1 assist and a showed his talent with the boot. A Lions starter!

12. Robbie Henshaw (Ireland) – The 26-year-old continued his fine Six Nations form with another cracker against the Scots, 11 tackles and a well-taken try.

13. George North (Wales) – Great to see the rampaging Welshman back to his best, 122 metres made and a try after steaming through the Azzurri. Gaël Fickou dazzled.

14. Anthony Watson (England) – A hell of a game on his 50th cap, MOTM performance and a well-taken try. Looked especially sharp, broke through defenders at will.

15. Stuart Hogg (Scotland) – The captain is always looking to strike in attack, creatively instinctive, tackle breaker, offload maker, and not afraid to chance his arm.