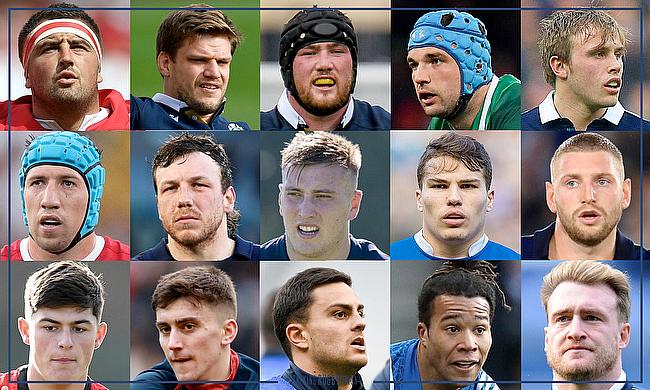 Following the first round of the Guinness Six Nations 2021 the TRU team pick their dream XV from the opening matches.

1. Wyn Jones (Wales) – A Man of the Match performance for the Scarlet loosehead, Wyn was constantly looking to boost his sides' output in a game of fine margins.

2. George Turner (Scotland) – Involved in a lot of graft that ultimately helped Scotland over the line, selflessly passed to Duhan Van Der Merwe for their crucial try.

4. Tadhg Beirne (Ireland) – Top of the overall Six Nations carrying charts with 21, devastating in the loose, took his try well after some great Irish attack.

5. Jonny Gray (Scotland) – Two impressive turnovers, busy in the lineout in poor conditions and wasn't afraid to put his hand up for some heavy carries.

6. Justin Tipuric (Wales) – Huge presence in defence with a ridiculous chart-topping 29 tackles, proved a menace at the breakdown too. Everywhere.

7. Hamish Watson (Scotland) – A firecracker whenever involved, puts his body on the line when the chips are down...outplayed the English back row.

8. Matt Fagerson (Scotland) – There were a couple of great number 8 performances, but Matt Fagerson edges ahead of Geg Alldritt...Stander carried like a monster too.

9. Antoine Dupont (France) – 1 try and 4 assists on a day where he was at the helm of French dominance in full flow. A class act against any opponent.

10. Finn Russell (Scotland) – Gave a masterclass in pulling the strings for the Scots, imaginative and creative, keeping those defensive systems guessing.

11. Louis Rees-Zammit (Wales) – Got on the scoreboard in a nip and tuck contest. Handled himself really well with the finish and also defensively with Lowe.

12. Cameron Redpath (Scotland) – Hell of a debut for the Bath centre, showed his class at a young age in a memorable 1st cap. Robbie Henshaw deserves a mention.

13. Arthur Vincent (France) – Eased through the Italian defence at will, 100 metres gained with ball in hand. A real prospect for France in the centres.

14. Teddy Thomas (France) – Unparalleled when in space, amazing feet and instinctive when it comes to making his way to the try-line. Scored 2 but could have had more.

15. Stuart Hogg (Scotland) – A monumental performance in Blue, on fire with ball in hand and safe under England's aerial threats, MOTM and top of the metres made chart.