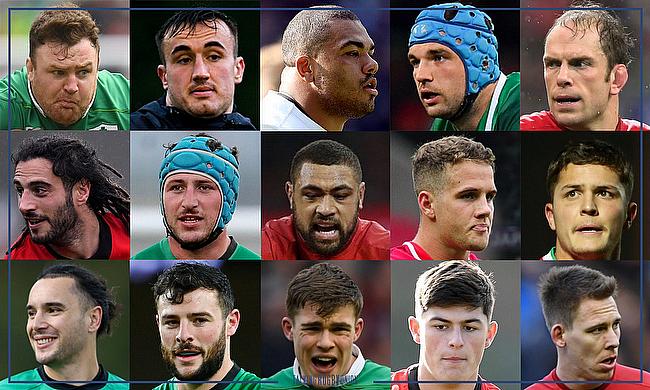 There were only two games in the third round of the Guinness Six Nations 2021 and the TRU team have picked their XV from Italy v Ireland and Wales v England.

1. Dave Kilcoyne (Ireland) – Italy have a proud scrum, but Kilcoyne managed to eek out penalties and carried explosively in a rare start for the loosehead.

2. Ronan Kelleher (Ireland) – 10 out of 10 from the lineout, but he really makes his mark in the loose. Needed a big display as he battles for the 2 jersey with Rob Herring.

3. Kyle Sinckler (England) – Sinckler was one of the only shining lights for England against Wales, busy with carries and tackles, along with a heavy involvement in Watson's try.

4. Tadhg Beirne (Ireland) – Another impressive performance from the MOTM Irish forward who is in fine form in this Six Nations, moved him from his back-row position of the weekend.

5. Alun Wyn Jones (Wales) – Imposing as ever in arguably the biggest game of the Six Nations, loves the niggle and at 35 years old, he plays with the engine of a player 10 years his junior.

6. Josh Navidi (Wales) – Navidi was everywhere against England, putting the breaks on any attacking intentions with 15 tackles, as well as a couple of telling turnovers.

7. Will Connors (Ireland) – Ireland's Will Connors deserved plenty of praise for his performance. 2 tries and 16 tackles gives you an idea of the shift he put in. Tom Curry was workmanlike as ever!

8. Taulupe Faletau (Wales) – With the man of the match, Toby Faletau showed his big game pedigree, leading the way with a chart-topping 112 metres and 18 carries.

9. Kieran Hardy (Wales) – In only his 4th cap, he scored an instinctive solo scrum-half try, and he made 55 metres from 7 carries which isn't too shabby either.

10. Callum Sheedy (Wales) – Callum Sheedy's early inclusion was a masterstroke, and the fly-half was accurate with the boot, which was crucial to Wales' Triple Crown victory.

11. James Lowe (Ireland) – Lowe made metres for fun against the Italians with 130 at a canter, unlucky not to get a try of his own. Josh Adams had a decent run out too.

12. Robbie Henshaw (Ireland) – Earning his 50th cap, Robbie is proving himself a constant A-lister in the centres, winning collisions and turnovers along with 11 carries.

13. Garry Ringrose (Ireland) – Not a bad day at the office for Ringrose with 94 metres made, double-figure carries, one try and one assist. A shoo-in at 13.

14. Louis Rees-Zammit (Wales) – Louis continues to shine on the international stage, his blistering pace on show as he gassed Jonny May. Anthony Watson had some telling contributions too.

15. Liam Williams (Wales) – Brilliant as per under the aerial bombardment from Ford and Farrell. Switch on when it came to the threat of Itoje's charge down, a constant thorn in the side.