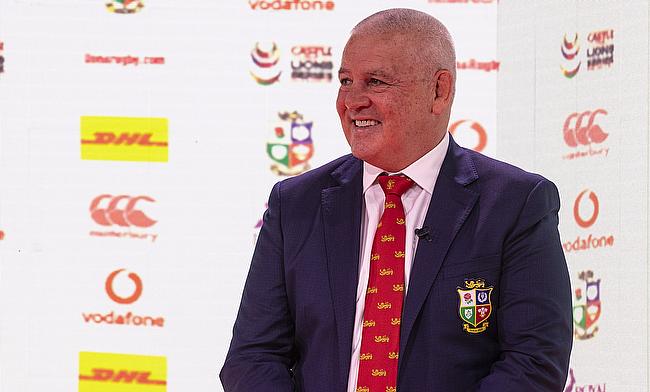 There are certain days in the calendar that you have circled, birthdays, holidays, and British and Irish Lions squad announcements.

Only coming about once every four years, Lions tours are one of the most sacred things in the game of rugby and selection even more revered.

Ahead of the Vodafone Lions 1888 Cup clash with Japan at Murrayfield, Warren Gatland has unveiled his squad to take on the last Rugby World Cup’s hosts as boarding time draws ever closer.

Perhaps unsurprisingly, there are no Englishmen starting at the home of Scottish rugby, the squad instead being made up of players hailing from Wales, Ireland and Scotland. Seven starting players have toured with the Lions before, Alun Wyn Jones captaining the side.

Playing in front of what will no doubt be a primarily Scottish crowd, Gatland has given Duhan van der Merwe, Rory Sutherland, Zander Fagerson and Hamish Watson the opportunity to impress in front of their home crowd, the quartet also getting their first chances to impress in a red jersey for the first time.

“To be honest I haven’t even looked at the numbers of who started,” Gatland said. “We wanted to play a few of the Scottish boys because they are at home and a few others didn’t come in until late.

“That does change the makeup of the side a little bit, so it wasn’t really thinking too much about the players that have been available to us for the last couple of weeks and putting out what we think is a strong side that can do a job for us.”

Some players have been on Jersey for over a week now, those not in Premiership or Rainbow Nations Cup action available to start their prep for South Africa early. But, in recent days the likes of Tom Curry and Kyle Sinckler have flown to the Channel Islands after their commitments with Sale Sharks and Bristol Bears concluded after playoff defeats.

Finn Russell will not be playing at the weekend due to an ankle knock, the maverick Racing 92 man no doubt cheering on from the stands at the weekend if permitted. Saracens’ quintet of players have also arrived, each of Owen Farrell, Elliot Daly, Maro Itoje, Jamie George and Mako Vunipola all fresh from getting their club back into the Premiership at the first time of asking.

In fact, George and Farrell will start from the bench this weekend, less than a week removed from their last games. Welsh prop Wyn Jones will also be looking to offer his support as a replacement, as will Tadhg Furlong, Courtney Lawes, Taulupe Faletau, Ali Price and Anthony Watson.

After the extended time spent with his players this past week and a half, Gatland says that he and his coaching staff have been impressed by the standards the players have set in such a short space of time.

“I think they have all stepped up and I think the best thing is that quality players bring the best out of everyone, and we have already seen that in the group,” Gatland said. “We have felt like, as a coaching group, we have been able to move a lot quicker than you may have normally for a side.

“We have got absolutely quality players here that take on the information so quickly and they have already been so accurate and the whole group has impressed us, and we are excited about the players who get those opportunities to go out there and perform.”

What cannot be overlooked with this test against Japan is that they are very dissimilar to South Africa. What the test on Saturday afternoon is, is a spectacle that will engage Lions fans ahead of the squad’s departure to the Southern Hemisphere next week.

Japan are far more likely to be playing a more open and expansive game of rugby, in contrast to the Springboks who will make each and every test match of the series into a war of attrition.

Gatland is more aware of this than most, the New Zealander having gone on tour with the Lions as support for Sir Ian McGeechan. With that in mind, the former Wales coach says he is primarily hoping to win games of rugby whilst building towards the South African challenge.

“Japan will probably try and play with a little bit more tempo and they probably won’t have the same physical prowess in terms of trying to really take you on at the set piece,” Gatland said, “the scrum and the lineout and mauling and being very direct, like we expect South Africa to be.

“So, we’ve got that in mind and we want to go out there and play the game plan against Japan that we feel will be successful, but also keep in mind that we are working towards preparing for South Africa as well.

“Two things we are trying to cover off both games or challenges in terms of Japan and what threats they are going to pose for us and the areas we feel we can get some success or dominance in, but also keep in mind what we are likely to face against the South African teams.”