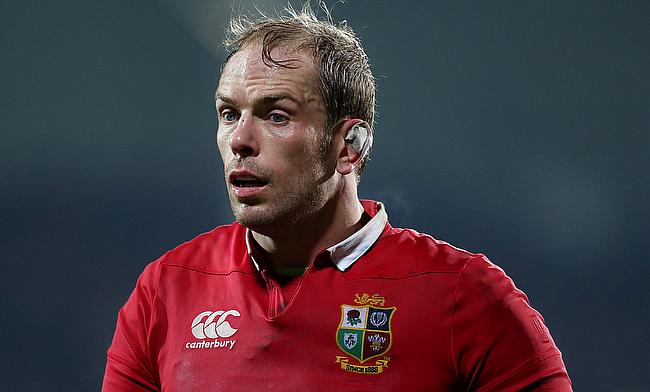 Wales captain Alun Wyn Jones will be leading the British and Irish Lions for their match against Japan to be played at Murrayfield Stadium on Saturday.

Jones will be partnering with Iain Henderson at second row while Rory Sutherland and his Scotland team-mate Zander Fagerson is named at loosehead and tighthead. Ken Owens has been the preferred hooker with Tadhg Beirne and Hamish Watson the starting flankers alongside Jack Conan at number eight.

No England players has been named at starting XV but Owen Farrell along with Jamie George, Anthony Watson and Courtney Lawes are named on the bench that also has Wyn Jones, Tadhg Furlong, Taulupe Faletau and Ali Price.

"We're anticipating a tough game against Japan - a side that like to play at a high-tempo and shift the ball," Gatland said.

"We saw throughout the World Cup they have attacking threats across the park and a solid defence and set-piece.

"I'm pleased with the progress we've made during our training camp in Jersey so far, but we've got a long way to go.

"You can see that the squad are starting to get to grips with our game strategies but as always with a Lions tour, this takes time to bed in.

"We're in a good place, though, and I can tell there's a lot more to come from this group.

"Everyone in the squad will get a start before the start of the Test series, so each member of the squad can put their hand up for Test selection".