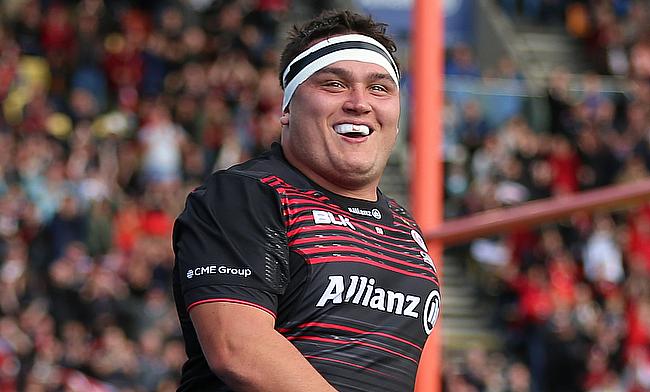 Saracens have confirmed their promotion back to the Premiership ahead of the 2021/22 season following convincing wins over Ealing Trailfinders in the two-leg play-off final.

Having already registered a 60-0 win in the first game at Trailfinders Sports Club, a full-strength Saracens side showed no respite as they sealed a 57-15 in the second game at Stonex Stadium.

The Sarries endured a tough season after they were relegated at the conclusion of the 2019/20 season to the second tier following a series of salary cap breaches but now have shown their class as they join the Premiership teams next season. All the five Saracens players involved in the British and Irish Lions tour of South Africa were replaced in the 54th minute with their win almost confirmed.

Ealing did show a lot of fight in the opening half at the end of which the scores were levelled at 10-10 but the firepower of the Sarries were too much to handle in the second during which the home side went on to score seven more tries.

It was the visitors, who got off to a promising start as they won a penalty try in the opening minute as Jackson Wray slapped the ball into the touch that also saw him sin-binned. A seventh minute penalty kick from skipper Owen Farrell got the Sarries off the mark before his effort was cancelled out by a three-pointer from Craig Willis as the scores became 3-10.

Mark McCall's men ensured the scores were levelled when Mako Vunipola powered his way over following a line out in the 35th minute to reduce the gap down to two points and Farrell's conversion ensured the teams were hardly separated heading to the break with a scoreline of 10-10.

Saracens looked a complete different unit in the second half when Alex Lewington found Elliot Daly, who ran 20m clear to dot down in the 42nd minute and four minutes later it was Vincent Koch on his 100th appearance dotted down. Farrell got both the conversions right to take the scoreline to 24-10.

Saracens were down to 14-men by the 50th minute as Michael Rhodes was sent-off for a high tackle but did not affect them as Jamie George and Nick Tompkins also went over in the 52nd and 56th minutes respectively and Farrell managed to get one conversion right taking their lead to 36-10 after which the British and Irish Lions selected stars were replaced.

The start of the final quarter saw Ralph Adams releasing Alex Lewington over and a scrum went on to win a penalty try for them taking the tally to 50-0. Tom Whiteley marked his final appearance for the club with a touchdown in the 76th minute before Jordan Burns provided some consolation for Ealing with the final score of the game.