The old and the new: Cowan and van der Merwe urged to grab their opportunities 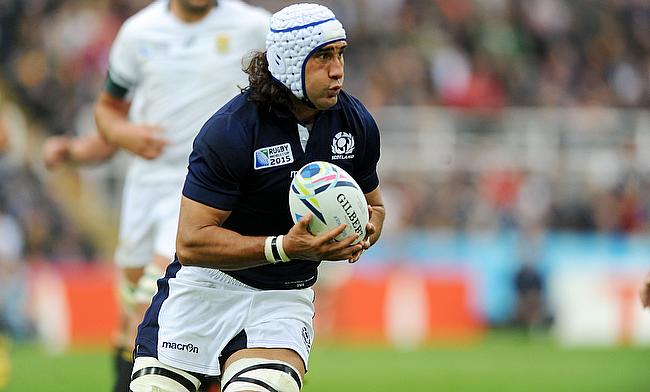 One of them may well have thought their Scotland career was over while the other has been nervously waiting to see when his would start, but Gregor Townsend has backed Blair Cowan and Duhan van der Merwe to both make big impacts this Autumn.

On Monday, Scotland head coach Townsend named a 40-man squad to take into a busy period, with his side having six matches to play between October 23 and early December.

Their run starts with a friendly against Georgia and ends with a four-game run in the Autumn Nations Cup with a Six Nations match with Wales in there too.

The return of stand-off Finn Russell to the fold and the inclusion of uncapped duo Oli Kebble and Scott Steele immediately caught the eye as did the omission of back-row Magnus Bradbury.

However, the return of London Irish back-row Cowan - who is 34 and earned the last of his 17 caps back in February 2016 - and the arrival of a third uncapped player, Edinburgh Rugby winger van der Merwe, into the mix also jumped out of the screen when the press release landed.

So, having not given Cowan any caps since he took over in 2017, why has Townsend turned to the openside now?

“Blair has been outstanding since the restart [of rugby after the Covid break], but he really caught our eye just before and during the Six Nations earlier this year with some excellent performances for his club,” Townsend told TRU.

“Since the restart he has played even better. He is in the physical shape of his life. You can see that with how he is playing. He can carry ball, link and offload and he has added a physical edge to his tackling over the last season or two.”

Certainly, Cowan likes to get over the ball and, if first choice number seven Hamish Watson needs a break during the upcoming attritional period, then the New Zealand-born player who has a Scottish mother is more than an able deputy.

And, with skipper Stuart Hogg to miss the Georgia clash due to Exeter Chiefs duties and some of Scotland’s leadership group quite wet behind the ears still at the top level - including the likes of Jamie Ritchie and Zander Fagerson - then his experience will also be handy in squad meetings and around the group.

Now 25, South African-born van der Merwe recently qualified to play for Scotland via residency and those who have watched the Guinness PRO14 will know just how dangerous he can be with ball in hand.

It has been his recent improvements in defence that have pleased Townsend most though and, given his size, he will certainly bring a different dynamic to the Scotland back three.

“He has worked on parts of his game that needed improving from a couple of years ago, especially his defensive work and his positioning in the back field,” Townsend stated.

“He is obviously a very powerful player, a very fast player and we want him and the other wingers to get on the ball as often as possible.

“Wingers tend to be the players who break more tackles and are the quickest, most dynamic players so we will look at ways to get him into the game.

“During the Six Nations earlier in the year, Sean Maitland and Blair Kinghorn performed really well for us on the wings and Darcy Graham and Duhan have been performing really well for their club, so there is competition there.

“We also have Damien Hoyland so it will be interesting to see how they train as a group and who grabs their opportunity when we select our team for Georgia.”

“There’s more to come from them all”

Unsurprisingly, when pressed by journalists on how many of his Scots can get themselves into Warren Gatland’s British & Irish Lions squad to travel to South Africa next summer, he was non-committal - “lots” he joked.

However, he knows that the battle for Lions spots starts now and he said: “We’ve discussed this a lot as a coaching group.

“We see the potential in our players, there’s more to come from them all. We believe that our best players are a match for anybody in Britain and Ireland.

"It's nice to have your name included in the ‘maybes’, but that position is hotly contested. There are a lot of good sevens and back-rowers so we will just have to wait and see." ??

“It’s down to us and them, but especially them, to show that over these next few weeks and when they get the opportunity in the Six Nations [2021].

“I don’t think what they did in the Six Nations seven or eight months ago will make a huge difference. It’s what’s going to happen from now all the way through to that last Six Nations game in 2021 that will count.”