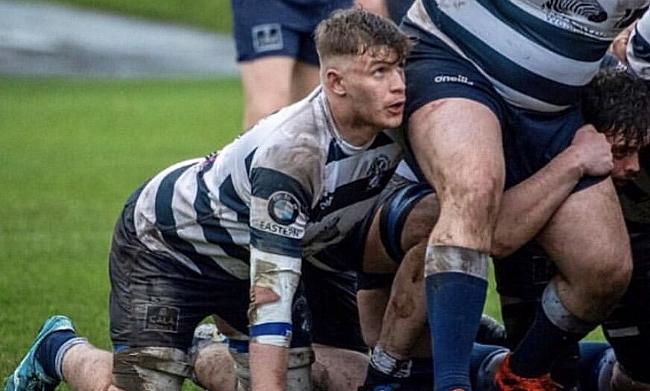 Purewal aiming high as young Scot prepares for Championship
Ryan Grant: Scottish forwards certainly have what it takes to push for Lions spots
McMillan lays down the 'law' as she targets more caps for Scotland
Robbins finds balance is key as he looks forward to the future

Over the last few months, we have seen members of the rugby community throughout the world taking a stand against racism - and now a Scottish club player is keen to keep the conversation going as the 2020/21 season gets underway next month.

As Edinburgh Rugby finish their 2019/20 European Challenge Cup campaign in the coming weeks, Scotland’s professional sides are due to start their new Guinness PRO14 efforts in early October with club and FOSROC Super6 rugby likely to follow later in the month as well as international games.

As a result, Heriot’s Blues second-row Callum Bell, a 21-year-old student at the University of Edinburgh, has launched ‘Rugby Against Racism’ in a bid to promote rugby in the Black, Asian and Minority Ethnic (BAME) communities across Scotland.

“I believe, like many others do, that our sport needs to feel more inclusive for the BAME communities,” he told TRU. “Rugby transcends all races, religions and backgrounds and I want to do something to support this belief.

Check out the link in the bio to get your laces and support the initiative ??????

“Here in Scotland, many steps have been taken to ensure rugby is accessible and inclusive, but we shouldn’t stop there and we should continue to ask ‘are we doing enough?’.

“There has been a big spotlight on racism throughout lockdown and the subsequent phases and I have read a lot about how people have been making positive change when it comes to racism and it got me thinking ‘what can I do in my own community?’.

“My own community is Scottish club rugby and although I don’t come from a BAME background. I went to the Black Lives Matter protest in Glasgow [in June] and it got me thinking that there are not lots of players from those communities playing rugby in Scotland.

“I have known Aaron [Purewal] since we played representative rugby while at school and he is one of the few guys from a BAME background that I have played with or against over the last few years.

“The people I have spoken to from CEMVO Scotland [a national intermediary organisation and strategic partner of the Scottish Government Equality Unit] and Scottish Rugby have been of great support to me so far and we are all keen to partner up to offer local rugby clubs and schools these sessions across Scotland.

“We also want to provide grants and sponsor rugby minded individuals from BAME communities to complete their coaching or refereeing qualifications.”

“It is easy to make statements about equality, but we want to do more”

To raise funds to support the initiative mentioned, Bell and co are now selling ‘Rugby Against Racism’ branded bootlaces, with 100% of the profits going towards the projects.

“If we want to see a more diverse range of people playing, coaching, and organising our sport, we must start at the grassroots,” Bell, who has represented Scotland U18s, stated. “Rugby Against Racism will use the funds raised to make a difference.

“Any rugby player, from amateur to professional, can wear the Rugby Against Racism awareness laces to convey their support to making our sport totally inclusive."

As Bell mentioned, he is good friends with winger Purewal who has recently joined English Championship side Richmond.

Purewal is an ambassador of Rugby Against Racism and stated: “Before I would shy away from the topic of equality and try to ignore casual racism. However, I am proud of who I am and I feel like Rugby Against Racism is the way forward for rugby players who want to speak out and help encourage equality in our sport.

“Just as rugby is for everyone from the props to the back three, we are all part of one team and that should not be any different off the pitch. I feel that people should be comfortable talking about their issues with their team-mates with racism being an important one.”

Edinburgh and Scotland prop Murray McCallum is also an ambassador and stated: “I’m looking forward to this new initiative to get more people from the BAME communities into our sport.”

For more information and to purchase the laces, visit rugbyagainstracism.com