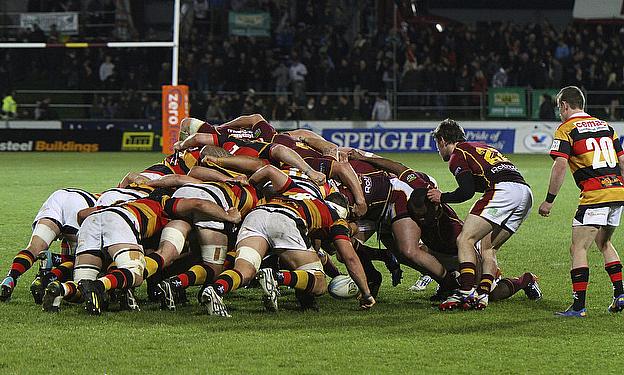 Defending Super Rugby champions, the Chiefs, are a prime example of a team learning how to win effectively despite not having the big name players.

In many ways, the Chiefs echo the underdog work-ethic and determination championed by Billy Beane’s record-breaking 2002 Oakland Athletics Major League Baseball team portrayed in the movie Moneyball and Michael Lewis book Moneyball: The Art of Winning An Unfair Game.

For those of you who don’t know the story of the Oakland Athletics team of 2002, it was based on challenging the usual statistics into what makes a successful team, using sabermetrics analysis to build a winning baseball team with one of the lowest budgets in Major League Baseball.

The initiative focussed on buying players with cheap market values in order to fill up certain statistical categories to give their team a great statistical chance of winning.

A number of other franchises in different sports tried the idea, including Liverpool football club, but all with little success.

However, in my opinion the Chiefs have done this amazingly well in recent seasons.  They won the 2012 and 2013 Super Rugby titles without having the best team on paper.  They have a sprinkling of rockstars like Liam Messam, Aaron Cruden and Brodie Retallick who they rely heavily on, but there are plenty of other players in the Chiefs who were not wanted by other Super Rugby teams or have their limitations, but in the Chiefs setup, these players have a role to do and they provide the glue for the team.

Liam Messam, Aaron Cruden and Brodie Retallick are consistent performers which isn’t a given for All Blacks in Super Rugby and these guys log some massive minutes.  Liam Messam, in particular, is known as an “ironman” having played the most minutes in Super Rugby 2011, 2012 and 2013. Cruden is in a pivotal position, but consistently sparks the Chiefs backline and provides accurate goal-kicking, while Brodie Retallick is a beast in the set pieces and around the field.

There are some other interesting players in the Chiefs squad, providing experience and leadership.  Players like Jamie Mackintosh, Tanerau Latimer, Andrew Horrell, Kane Thompson, Mils Muliaina and the recently departed Craig Clarke provided a core of experienced players.

Interestingly, Manu Samoan international Kane Thompson played lock for most of his career for Wellington, Southland and Hawkes Bay but finds himself as the starting Number Eight for the Chiefs these days.  Neither him nor Matt Levant who started at Eight last season would be described as big blockbuster type Number Eights, but they fit into the team pattern well.

Gareth Anscombe and Robbie Robinson were two players with X-Factor quality but lacked a bit in defence, who both fell out of favour with their previous teams and moved to the Chiefs and all of a sudden became superstars.

It was funny seeing Robbie Robinson who couldn’t make the match-day squad for the lowly Highlanders, all of a sudden switching to the Chiefs and scoring the match-winning try in the Super Rugby 2013 final.  Anscombe ran into trouble at the Blues and has since flourished with the Chiefs at fullback. New team, new position.

The Chiefs front row is hardly household names but with the likes of Mackintosh and Mo Schwalger, they have experience despite not having as many All Blacks as the Crusaders or Hurricanes front rows.

The Chiefs in 2014 have a hardworking forward pack, while most of the backs at the Chiefs are versatile.  Tim Nanai-Williams for example, can play wing, fullback or centre, while Tom Marshall can play anywhere outside first five eighth.

Charlie Ngatai, Andrew Horrell and Asaeli Tikoirotuma are all from the Hurricanes franchise region, but now find themselves in a more consistent team.  Ngatai and Horrell are both midfielders who can slot in a fullback, while Tikoirotuma is one of the best finishers and defensive wingers in Super Rugby.

Can the Moneyball Chiefs team keep winning in Super Rugby 2014?