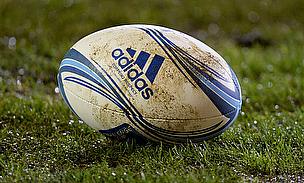 The Highlanders beat the Bulls 27-20 in Dunedin
©Press Association

Super 15 Rugby Round 9 Preview Team Guide
Super Rugby Round 8 Review - Who Are Contenders?

The Highlanders overcame a poor start to beat the Bulls 27-20 in Dunedin on Friday, a win which lifts them into fifth place in the table.

A Bjorn Basson try after 20 minutes put the Bulls in control of the game after two early penalties but the Highlanders fought back to level before the break as Lina Sopoaga crossed.

Two tries in the space of 10 minutes after half-time turned the game in the Highlanders' favour as Gareth Evans and Malaki Fekitoa touched down.

Injuries have hampered Bulls, who now sit in seventh place, but they started the stronger of the two sides and through the boot of Jacque-Louis Potgieter, went 6-0 up.

Sopoaga cut the deficit in the 19th minute with a penalty only for the Bulls to respond immediately through Basson, who raced through to collect Piet van Zyl's chip for the first try of the game.

Potgieter converted to leave Highlanders with plenty of work to do but they began their fightback when Sapoaga scooped up a loose ball and dotted down.

He converted his own score and then added another penalty to level the scores in the 36th minute.

The Highlanders continued their surge in the second half and in the 45th minute a Patrick Osborne break gave Malaki Fekitoa space to set up Evans for their second try.

The Bulls then suffered another blow as Flip van der Merwe left the field with an arm injury and were soon further behind when Fekitoa burst through to score.

By now, the Bulls were struggling but the Highlanders missed a good chance to add to their lead in the 66th minute when Fekitoa got through again, only to be held up on the line.

Marcel van der Merwe drove over late on for the Bulls but the last-minute score was not enough to mask a disappointing display.