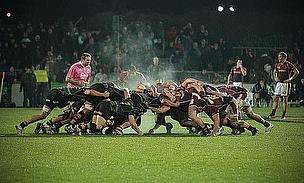 Super Rugby Round 9 features two Australian derbies, one South African derby, two New Zealand teams playing two South African teams and a trans-tasman battle. Given how there is usually one to two upsets each round it is going to be another difficult round, some these matches won’t be as easy as most.

The next three rounds of Super Rugby feature three teams having the bye, so this week players from the Hurricanes, Blues and Stormers have the bye, but next week the Highlanders, Brumbies and Reds have the bye.

Following that the Crusaders, Lions and Rebels have the bye. This means that some teams will already have had both of their byes. With so many teams having byes, it is worth looking long term and selecting players you can get several weeks of games out of.

It is also important to be careful of players who are injured, suspended or being rotated and check the team lists. Popular players like Nasi Manu, Kieran Read and Israel Folau are in doubt. Not all teams have been named yet.

Super Rugby Round 9 starts in Dunedin where the Highlanders host the Bulls at Forsyth Barr Stadium. Both teams are sitting mid-table so a win on Friday night will most likely see them in the Top Six at the end of the round.

The Bulls lost an attacking game to the Hurricanes last weekend, while the Highlanders need to back up their win over the Rebels with a win in this match.

Both teams welcome back their heavy hitters in the middle row with Brad Thorn returning for the Highlanders, while Victor Matfield is back for the Bulls. Both of these players are influential and extremely important members of their teams.

Highlanders coach Jamie Joseph has bravely rested powerhouse Number Eight Nasi Manu and placed him as one of six forwards on the Highlanders bench in an attempt to combat the big Bulls pack.  Patrick Osborne comes onto the wing, while Kane Hames is back from suspension in the loose head prop position.

Unsung hero for the Bulls Werner Kruger earns his 100th cap, while they visitors have changed their entire loose forward trio.

Both coaches have obviously realised the need to rest and rotate their squads.

Players to buy - It must be remembered that the Highlanders have the bye next week so you have to be really keen to buy one of these players.  The Highlanders have some good value players for those www.testrugby.com managers.  Malakai Fekitoa, Liam Coltman, Shane Christie, Elliot Dixon and Joe Wheeler are great value, while Ben Smith is a consistent performer.

Bulls - Jacques - Louis Potgieter has been outstanding for the Bulls, while Jono Ross is a great value loose forward.

There is nothing like seeing two Australian teams beat the stuffing out of each other. These two teams had mixed fortunes in Super Rugby Round 8 with the Brumbies easily beating the Blues, while the Reds were upset by the Force. The Reds will be hurting after losing to the Reds and will enjoy hosting this match.

The Brumbies are still leading the strong Australian conference, while the Reds will slip further out of contention if they don’t beat the Brumbies.

The biggest talking point for the Brumbies is the return of hooker Stephen Moore from injury for the Brumbies and knowing where to play Christian Lealiifano with Pat McCabe having a massive game against the Blues.

Players to watch: Both of these teams have the bye next round so you would have to be desperate to splash out on their players for one round, given the scarcity of trades.  For the Reds, Quade Cooper, James Horwill. James Hanson, Ben Tapuai and exciting winger Chris Feauai-Sautia.

For the Brumbies, Robbie Coleman has an eye for the try line, while Ben Mowen and Jesse Mogg are the best Brumbies. Watch for new Brumbies lock Tom Staniforth.

Both of these teams were in high scoring matches last week with the Chiefs drawing 43 all with the Cheetahs, while the Rebels lost 33-30 to the Highlanders.

The Chiefs will look to cement their place at the top of the New Zealand conference and third overall when they host the 13th placed Rebels. The Rebels are bottom of the Australian conference but have produced the odd amazing performance so far in 2014.

The Rebels pushed the Chiefs in 2013 and since the defending champions only just returned from South Africa and a tour where they didn’t win a game, they could be ripe for the picking.

It is widely assumed that the Chiefs will miss Aaron Cruden, but Gareth Anscombe looks set to wear the Number 10 jersey.  It will be interesting to see how he goes in less space as part of a rejigged backline.

Players to watch – Neither team has been named so check the team lists before making any selections in www.testrugby.com – for the Chiefs watch for Gareth Anscombe, Liam Messam and the Chiefs outside backs like Tim Nanai Williams as the Rebels usually leak points.

The Rebels have some game breakers themselves in Scott Higginbotham, Jason Woodward and Luke Jones.

The Waratahs return from one win from two in South Africa to face the Force in Perth. The Waratahs won this clash easily in their opening game, but the Force will have other ideas having won four from six matches as part of a four game winning streak and have only dropped one at home this season.

The Waratahs have some injuries with Israel Folau and Rob Horne back, but Wycliff Palu, Alofa Alofa and Peter Betham should miss this game.

This match should be tight with the Force tough to beat at home.

Players to watch in www.testrugby.com – Check the team lists.  For the Waratahs Israel Folau is back and Kurtley Beale, Tatafu Polota-Nau ones to watch.

The Crusaders will look to climb back into contention further and prove last week’s win was not a fluke when they play the Cheetahs.

The Cheetahs are second bottom of all of the teams in Super Rugby going into Round 9, this is a far cry from making the Top Six in 2013, but shows just how tough the competition is. The Cheetahs were involved in a high scoring draw last week against the Chiefs and will be able to take some confidence into this game.

The Cheetahs have terrible defence and this means that there could be plenty of tries in this one.

The Crusaders haven’t been named but look for Kieran Read to return from injury, while Ryan Crotty, Israel Dagg and Colin Slade could be worth a shot.

Who would have thought that the Lions would be sitting mid-table after Super Rugby Round 8 2014?  They have been difficult to beat at home in 2014 and so it will be difficult for the Sharks to win on the road.

The Lions will be disappointed after losing to the Crusaders last week and will be fired up against the Sharks who had the bye last week. Watch for the duel between the boot of Marnitz Boshoff and Fred Zeilinga.

Neither team has been named, but this could be season defining with another home loss for the Lions potentially showing signs that their bubble may be starting to burst. The Sharks will need to win to flex their muscles up the top of the table. This match could be a boilover!

Players to watch: Neither team has been named. Marnitz Boshoff is the man for the Lions, while their loose forwards like Warren Whiteley and Jaco Kriel are usually good performers.  For the Sharks, Bismarck Du Plessis, Marcell Coetzee, Fred Zeilinga, Willem Alberts and Lwazi Mvovo are players to watch if they are playing.