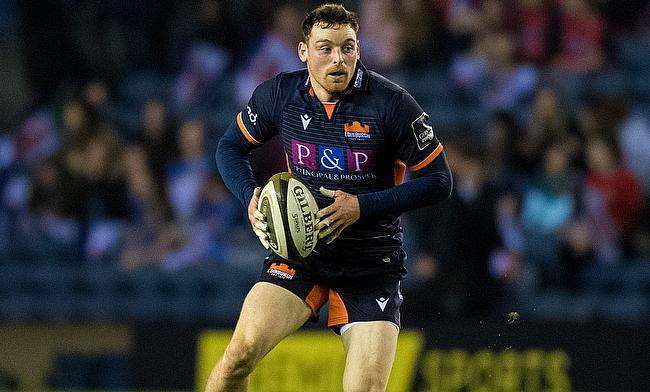 The Scottish forward who has played a senior match in six different decades
Gloucester move has freshened Harris up as he becomes a key man for Scotland
Scott Lawson column: Sutherland and Fagerson can lead the way in Cardiff
Steyn eyeing up return trip to South Africa with Scotland after international debut

With professional rugby in Scotland postponed at the moment due to the Covid-19 situation, the Edinburgh Rugby players returned to their respective homes with plenty of gym equipment from their strength & conditioning coaches.

Centre George Taylor is diligently following the programmes put in place by the fitness experts to keep himself in the best shape possible in case the 2019/20 campaign does re-start at some point.

However, as well as working out in a makeshift gym in his parents’ house in the Scottish Borders the former Melrose and Scotland under-20 strike runner is also being kept busy by packing boxes and working shifts to help his father David’s business continue to trade in these unsettling times.

“I’ve been working with dad down here [at Merlin Vet in Earlston],” Taylor told TRU. He was a vet and now has his own business focusing on the export of animal pharmaceuticals.

“I’m basically working in the warehouse packing boxes. It is very busy. There is a lot of lifting as well, so a bit of gym work has been substituted for lifting boxes - large curls with boxes of horse tranquilliser!

“What the company do is still classed as key work, obviously vets need the products to look after their animals. It’s good just to be able to get out of the house, but for a good reason.

“As athletes we’re used to playing on the weekend, that’s your job. It is a long season, there are times when you’re ready for your break between the games, but now after a few weeks off, we just want to get back into our usual routine. The mental side of things is important for the players too, making sure you’re on top of it. I’m keeping busy at the minute.

“Obviously our next game is unknown. That’s why we’re training at home to keep our fitness levels high to keep them where they would be for the next game, whatever that may be.”

“We need recognition of how well the season has gone”

Edinburgh were two points clear of Munster at the top of Conference B in the Guinness PRO14 when this unplanned break came into place and were also going well in the European Rugby Challenge Cup.

Everything is up in the air, but as a player in his breakthrough season at this level, it is perhaps unsurprising to hear him keen to see 2019/20 completed in some way if at all possible.

"We need recognition of how well the season has gone [for us],” he stated. For the season to be void it would put a dampener on things for all the players and coaches. I would like to think the season will finish off in some way.

“Essentially no one really knows when and if it will re-commence. We’re still staying ahead of the game just in case it does. There would be nothing worse than if you were told you’ve got two weeks until your next game and you weren’t ready for it.

The Edinburgh S & C guys are pretty switched on in terms of keeping our fitness levels up. They did a home delivery before all this lockdown happened with a lot of gym equipment and accessories for all the players, so they know what each player has and they’re sending out personal programmes in accordance with the equipment.