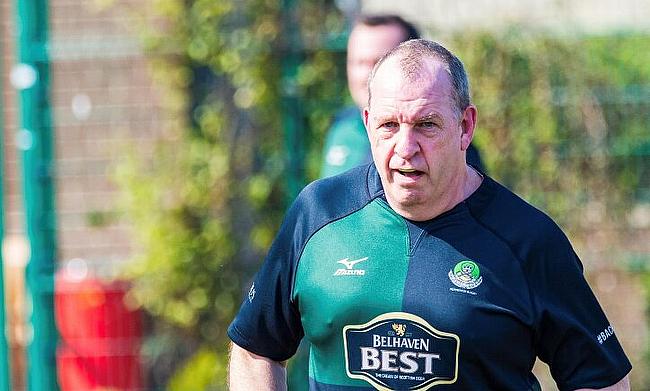 Sally Stott: “I will treasure the years I have spent playing for Edinburgh University”
Gloucester move has freshened Harris up as he becomes a key man for Scotland
Scott Lawson column: Sutherland and Fagerson can lead the way in Cardiff
Steyn eyeing up return trip to South Africa with Scotland after international debut

With rugby having been put on hold at the moment, most of us have been watching old clips, reminiscing about the good times and our passion for the game will be greater than ever when it returns later in 2020.

Sean Findlay is in exactly the same boat as us all, but this man has never lost his enthusiasm for a game he has loved since the late 1960s.

Findlay has recently turned 60, but that has not stopped him playing the game at a good level for Forrester in Edinburgh - and he is showing no signs of stopping.

“I just enjoy keeping fit, playing in a team with my mates and having a few drinks after with team mates and the opposition on a Saturday and it is as simple as that.

“If you love what you do then you want to keep doing it - and I love rugby and the camaraderie that goes with it a lot!”

Ice cool as teaching skating was usurped by playing rugby

Findlay began playing rugby at school and then made his senior debut a few years later for the Stobswell club from Dundee in 1978.

“In those days Stobswell were playing in National League Division Six,” he said.

“When I was at school, I had mainly played hooker, but in my last year at school, I had to move across to prop to allow Jimmy Michie, known now as ‘Jimmy the Pig’ in Scottish rugby circles after setting up a charity team, The Pigbarians, and I have been a prop ever since.

“I played for about three years at Stobswell and then I had to stop because I was teaching ice skating on a Saturday and couldn’t do both.

“Skating had been something I had done since I was very young and I began teaching it in Dundee, Glenrothes and Livingston.

“I then moved to Edinburgh when my career moved on and I joined Forrester in 1987 - my brother was playing there - and I have played for the club ever since.

“When you went to a new club in those days you had to start at the bottom and work your way up and in the early days, I was playing in the third and fourth XVs there. That went on for a couple of years and I eventually got myself into the first XV squad just around the time that replacements were coming into the game.

“In my first season at that level I came off the bench 10 times in 16 games and really had to earn my spot.”

The dark arts of front-row play

Having played at loosehead, tighthead and hooker since the 1970s, it is fair to say that Findlay has been in his fair share of battles up front in games.

He has also learnt most of the ‘dark arts’ of front-row play, indeed he could probably contribute to a book focusing on the finer arts of wearing numbers one to three on your back.

“Your foot positioning is so important in the front-row, if you don’t have that right then you will struggle,” Findlay explained. “In any game of rugby the set piece is so important because if you can get the upper hand there then it can get your team on the front foot.

“The front-row battle is tough always, but it gives you a buzz and the great thing about most guys, from your team and the opposition, who play there is that they want to shake hands straight after a tough slog and chat over a few beers.

“Forrester is a wonderful club, it really is there for the local community and also welcomes in players from all over the world who have come to reside in Edinburgh.

“I have played so many games and played with so many teammates over the years that I have lost count, but each season poses different challenges and it is great to see how a group of lads all come together as a close knit bunch and play for each other and the wider club.

“There have been highs and lows, but I would not change my rugby career for the world.”

Findlay’s club mates at Forrester are in awe of his longevity, drive and determination to play for them.

In a time when society is changing, he is very much a throwback to the ‘good old days’ when teammates and club mates looked out for each other - and had a lot of fun on and off the pitch.

Paying tribute, Forrester president Garry Smith said: “Sean has played for Forrester for over 40 years and still continues to do so having just passed his 60th birthday.

“I’d be very surprised to find any other club, not just in Scotland but in the UK, who can say they have a man at 60-years-old still training twice a week and playing on average 60 minutes every Saturday for the first XV. We are in awe of him for still turning out every week and also using his experience to help nurture the future talent coming through at Forrester.

“You can always rely on Sean to turn up on time every Saturday with his cool bag packed for the boys full of rehydration Lucozade - and more importantly some nice cold bottles of lager and cider!

“We are proud to call Sean a member of this club and as long as he wants to keep putting on the green and black jersey no one will stop him.”