Scott Lawson column: Sutherland and Fagerson can lead the way in Cardiff 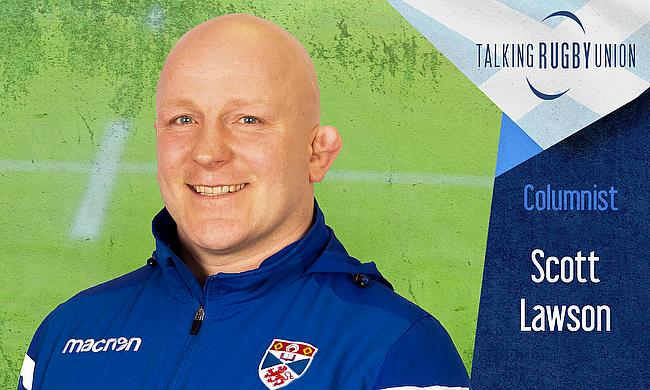 In the third of his exclusive Six Nations columns for Talking Rugby Union, Scott Lawson looks ahead to Scotland’s clash against Wales on Saturday.

I think Scotland’s display against France last weekend was one of the best by the squad in the last few years.

Yes, France had a man red carded towards the end of the first half, but I think this was the result of Scotland rattling the visitors at BT Murrayfield with the way they were set-up, their physicality and their desire to defend as a team.

I thought, tactically, Gregor Townsend got it spot on against a French side who had won three out of three in the Six Nations before their trip to Edinburgh and would have been eyeing up a Grand Slam. It was evident to me that everybody involved was fully invested in the strategy employed by the coaches, which perhaps hasn’t always been the case in the past.

Gregor and his coaching staff came under some criticism post-World Cup and in my opinion, he has done a sterling job in turning things around.

He has formed a new coaching team in a very short space while also integrating a number of new members to the playing squad. The players have adapted very well to subtle tactical changes for every match and as a result, have been very competitive in every fixture during this year's campaign.

Against Italy not everything was perfect, but going to Rome, the Italians were gunning for them and they managed to score tries of their own while keeping the hosts to nil.

And things evolved to the next level against France, there was a great cohesion and understanding among the players out on the pitch and I think that stemmed from the work of some of the forwards.

Rory Sutherland at loosehead had not played international rugby since 2016 until last month and he has not had loads of game time with Edinburgh Rugby this year, but you would never have known that given his recent performances.

He is strong at scrum time and offers a lot around the park as does tighthead Zander Fagerson who has built up a lot of experience to date. It would be great to see this pair in tandem for many years to come

They were backed up well against France by flankers Jamie Ritchie and Hamish Watson who never seem to run out of energy and defensively, are very strong. As with Fagerson and Sutherland, I can see this pair forming a formidable partnership for the foreseeable future.

We really need somebody to grab the No.8 jersey and make it their own and if the current candidates do so, we’ll have the makings of another memorable Scottish breakaway trio.

Any time you have six days between Test matches it is a tight turnaround, but the Scotland boys will have been training with smiles on their faces in recent days having got over bumps and bruises from the French game on Monday.

I think the camp seems together and close knit and, with no other Six Nations matches due to be played this weekend, the Scots know they can put down a marker for the rest of 2020 with a win in Cardiff.

That will certainly not be easy given that Scotland have not won at the Principality Stadium since 2002 and Wales will be wanting to show their home fans what they are all about under Wayne Pivac.

However, with the Italy and France wins in the back pocket the Scotland squad, with minimal changes in it, will hope to cause the hosts real issues down there.

And, like in the France game, once again I feel that Sutherland and Fagerson can set the tone and lead from the front.

If you have props who are causing the opponents problems, then it lifts the rest of the pack and I think in general, the forwards will be feeling in a good place heading into this one.

The Welsh pack is still good and Alun Wyn Jones is a great leader, but it perhaps is not quite as strong an eight as previous years.

And if the Scottish forwards can get quick ball to their backs, then the backline looks like it is clicking better now and the captaincy seems to have helped Stuart Hogg get back to his best.

I thought it was a really classy move by Stuart to allow Fraser Brown, on his 50th cap, and Kyle Steyn, on his first, lift the Auld Alliance Trophy after the victory against France last Sunday. 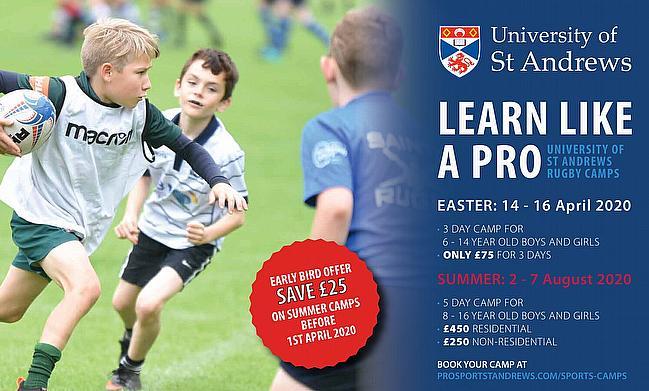 All Rugby camps are led by Scott Lawson. Email rugbycamps@st-andrews.ac.uk and for more info click HERE