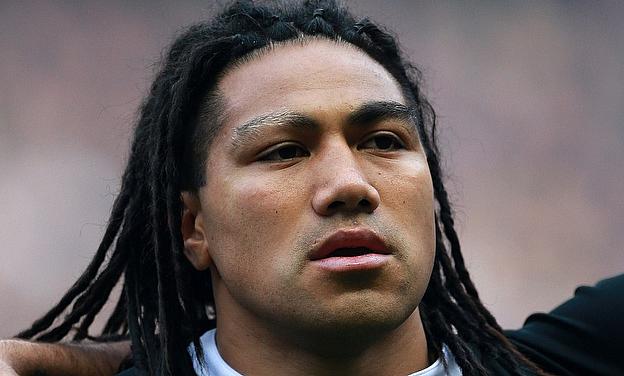 Ma'a Nonu will hope his team performs against the Brumbies
©PA

There is only one local derby in Super Rugby Round 8, between the Reds and Force.  There are also three games featuring battles between South African and New Zealand teams with the Hurricanes hosting the Bulls, while the Lions and Cheetahs host the Crusaders and Chiefs respectively.  The final match features the Stormers vs Waratahs.

Given how difficult it has been for any overseas team to win in South Africa these matches won’t be as easy as most people think.

The Sharks have the bye in Super Rugby Round 8 so sell those players if you are in fantasy rugby competitions and buy the likes of Bismarck Du Plessis back at the close of the round.

Managers need to be weary of players who are injured, suspended or being rotated and check the team lists before making any selections.

Players like Luke Braid, Stephen Moore, Phillip Van Der Walt and Jean De Villiers are injured, while popular players like Kieran Read and Israel Folau are in doubt, but could still play making them tough purchases to make in www.testrugby.com .

Not all teams have been named yet. Plenty also depends on how many trades you have up your sleeve.

These teams had contrasting results in Super Rugby Round 7 with the Highlanders disappointingly going down to the Blues in Auckland, while the Rebels caused the upset of the competition at home against the Brumbies.

The Rebels were on fire against the Brumbies and if they can hit the ground running, they have a starting chance.

The Highlanders will have to be on top of their game to win this one.  Both of these teams are out of contention at this stage in 11th and 12th.

Players to watch: Jamie Joseph has made plenty of changes to his Highlanders so double check who has been named.

For the Rebels assuming Jason Woodward is kicking, he will be a good purchase especially against some of his old team mates.  Luke Jones and Scott Higginbotham are worth a mention here.

These two teams had mixed fortunes in Super Rugby Round 7.  The Brumbies will be hurting after losing to the Rebels and will enjoy being back at home.

The Blues beat the Highlanders last week both teams have already played in 2014.  Home advantage makes very little difference between these two teams usually, although

John Kirwan has an injury crisis and so will start with Jerome Kaino as captain, while Luke Braid isn’t fit enough to start on the field but will be on the bench.

The biggest talking point for the Brumbies is the injury to hooker Stephen Moore, while Christian Lealiifano is starting from the bench again.

Players to watch: This game should feature plenty of tries and so players who usually score well in www.testrugby.com like Simon Hickey, Charles Piutau, Steven Luatua and Frank Halai are worth buying.  Jerome Kaino and Maá Nonu are worth a watch.

For the Brumbies, Robbie Coleman has an eye for the try line, while Ben Mowen and Jesse Mogg are the best Brumbies.

Both the Hurricanes and Bulls were involved in close finishes in Super Rugby Round 7 with the Hurricanes winning in Christchurch to cause angst for tipsters, while the Bulls blew a late lead to draw with the Chiefs.

Both teams have had far from convincing starts to 2014 but are coming right with the Hurricanes in 10th and Bulls in 7th.

This means that a win here will more than likely put one of these teams into the Top Six depending on other results.

In team news, the Hurricanes welcome back Victor Vito and Brad Shields, while Cory Jane gets a start.

The Bulls are on tour without Victor Matfield who is being rested.  This is bad news for them given his role in turning the team around.

It has been difficult to win on the road in Super Rugby 2014 and so the Hurricanes must be the favourites.  This match will definitely be a contrast in styles.

Players to watch: Dane Coles has been playing well inwww.testrugby.com while the Hurricanes backs will fancy their chances of scoring some tries, so Julian Savea, Beauden Barrett and Conrad Smith are options.

Victor Vito could be at his cheapest, meaning Blade Thomson who is listed as a lock starts on the bench.

The Bulls hardly trouble the scorers at www.testrugby.com with fullback Jurgen Visser a bargain and Jacques-Louis Potgieter one of their more productive players.

The Reds return from an unsuccessful trip to South Africa followed by a close win over the Stormers and will face the Force in Brisbane.

The Reds will have to be careful of the potential banana skin that the Force bring to this game since the West Coasters have been on a roll in Super Rugby 2014.

It will be interesting to see how the Force go following their bye last week.  The Reds should be too strong in this match, despite the enthusiasm that the Honey Badger, Nathan Charles and co will bring to this derby match.

The Reds should be too strong at home, but it should be an entertaining game.  The last time these teams met, it was a draw.

Players to watch in www.testrugby.com: For the Reds, Quade Cooper is one to watch.  While hooker James Hanson usually makes an impact if he is named.

The Chiefs will look to cement their place at the top of the New Zealand conference when they play the Cheetahs.  The Cheetahs are bottom of all of the teams in Super Rugby going into Round 8, this is a far cry from making the Top Six in 2013, but shows just how tough the competition is.

The Chiefs were involved in a high scoring draw last week against the Bulls and this week I am picking them to be the only away team to win and the first overseas team to win in South Africa.

They finished so strongly against the Bulls to indicate that they should be good to go in Super Rugby Round 8.

The Cheetahs have terrible defence and this means that there could be plenty of tries in this one.

The Cheetahs will also be coming off the bye and will have to be quick out of the blocks to avoid defeat.

There are changes to the Cheetahs with Jean Cook starting at Number Eight instead of the injured Phillip Van Der Walt.

Players to watch – www.testrugby.com: For the Cheetahs watch for Jean Cook and Boom Prinsloo who are bargain priced loose forwards while Johan Goosen, Adriaan Strauss and Willie Le Roux are good value.

The Chiefs haven’t been named but Liam Messam will be up for the challenge against the Cheetahs, while get some try scorers with Aaron Cruden, Gareth Anscombe, Tim Nanai-Williams and Tom Marshall likely to feature.

Who would have thought that the Lions would be sitting inside the Top Six in Super Rugby 2014 after eight rounds?

They have been difficult to beat at home in 2014 and so it will be difficult for the Crusaders to win on the road.

The Lions through the boot of Marnitz Boshoff have stunned the Super Rugby world in many regards, while the Crusaders have been far from convincing sitting 13th on the table.  It is difficult knowing if the Crusaders have the attack to combat the Lions or if this is going to be a kicking duel.  Neither team has been named, but Kieran Read is in doubt for the Crusaders.

Players to watch: Marnitz Boshoff is the man for the Lions, while their loose forwards like Warren Whiteley and Jaco Kriel are usually good performers.  For the Crusaders avoid picking Kieran Read if you can, while Sam Whitelock is a quality lock.

These two teams bring varying form into this Super Rugby Round 8 match with the Stormers languishing in 14th spot overall. The Waratahs are in the Top Six.

The massive Stormers pack will enjoy being home where they thrive.  Although the Stormers had an unsuccessful trip to Australia and New Zealand, they pushed teams close and with a bit of luck could beat the Waratahs.

The Waratahs will have their work cut-out for them as winning in South Africa for overseas teams hasn’t happened this season and they will have to do it without one of their genuine stars in Wycliff Palu, while there are doubts over the fitness of Israel Folau.

It will be interesting to see how the Waratahs forward pack go under immense pressure in this game.  This is only the second home game this season for the Stormers.

The Waratahs players have set the world on fire in www.testrugby.com, Israel Folau, Kurtley Beale and Bernard Foley may be worth considering.