Super Rugby Round 8 Review - Who Are Contenders? 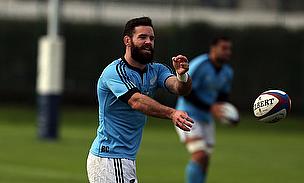 The season is well under way and most rugby union fans get good access to the games via TV. For those who don't, then keep following www.talkingrugbyunion.co.uk!

Super 15 Rugby Round 8 featured a range of results to keep everyone on their toes. The home teams dominated the early games with the Highlanders, Brumbies and Hurricanes picking up relatively predictable victories, but as we have discovered all season, there is usually at least one upset per round of Super Rugby!

Super Rugby standings after Round 8

You would have to be mad to pick the Chiefs to get a high scoring comeback draw two weeks in a row, and that is what happened.

The Force, Crusaders and Waratahs all picked up away wins to throw the cat amongst the pigeons for those tipsters playing SuperBru.

In stark contrast to Super Rugby Round 7, the first two games in Round 8 were predictable results, while the victories for the Hurricanes and Waratahs split the SuperBru tipsters approximately 50/50.

The Force and Crusaders wins were upsets (although not completely unexpected), while the draw between the Cheetahs and Chiefs was picked by almost no one. The community average was less than 3/7 correct picks.

Super Rugby Round 8 will go down as a ground breaking round in many regards.

1. The Crusaders became the first overseas team to win in South Africa in 2014 without Kieran Read, Dan Carter or Richie McCaw. Does this mean that the Crusaders are a genuine threat in Super Rugby 2014, given their history?

2. Speaking of genuine threats, the Waratahs, Force and Brumbies also fall into this category in Super Rugby 2014. The Waratahs have been underperformers recently, but are now showing they can win on the road, while the Brumbies are showing that they can win without Jake White and as for the Force, they may not have the big names, but sometimes that creates a great team environment with plenty of heart.

The Force also have the Honey Badger! Does a strong Australian conference mean a strong Wallabies team?

3. We finally saw overseas teams win in South Africa with the Crusaders and Waratahs doing the damage, while the Chiefs drew both of their games in South Africa to leave the Republic unbeaten.

4. Super Rugby Round 8 was a great round for the New Zealand teams with the Highlanders, Crusaders and Hurricanes winning, while the Chiefs drew.

The enigmatic Blues unfortunately didn't fire a shot! It was a bad round for the South African teams with the Sharks having the bye, meaning that the Lions, Stormers and Bulls all lost while only the Cheetahs who were bottom of the table, fired a shot.

5. It is interesting to see how the bye affects teams. The Force continued their form to win on the road, while Cheetahs drew with the Chiefs in a high scoring game. Unfortunately the Lions did poorly following the bye.