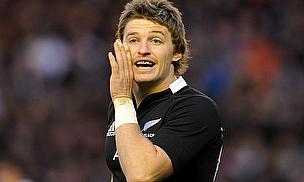 Beauden Barrett kicked 20 points to help the Hurricanes beat the Bulls for the first time since 2008, securing a narrow 25-20 victory at McLean Park, Napier.

The South Africans outscored the New Zealand side by two tries to one but Barrett's boot was enough to secure a win that leaves the Hurricanes in seventh place in the table, level on points with the Lions and Waratahs.

Other results from Friday

Jurgen Visser and Handre Pollard crossed for the Bulls while Andre Taylor scored a try for the Hurricanes.

Jacques-Louis Potgieter kicked eight points for the Bulls and Pollard kicked a conversion.

The Hurricanes led early through a Barrett penalty and the first try came on 15 minutes, the fly-half kicking across the field for Cory Jane to palm the ball into the path of Taylor, who crossed.

Barrett added the conversion and exchanged a brace of penalties with Potgieter to make it 16-6.

Then, the Bulls fought back to score through Visser, who capitalised on a fumble by James Broadhurst to cross.

And Potgieter's conversion meant that the Hurricanes led by just three points at half time.

There was no score for 25 minutes in the second half before Barrett extended his side's lead to six points with a penalty only for the Bulls to take the lead, for the first time in the game, soon after.

After a rolling maul ground to a halt, the ball was fed out to the backs, Pollard spotting a gap to cross under the posts.

He added the simple conversion but the lead was not to last; Barrett putting the New Zealanders ahead once again with another penalty.

In the final minute, Barrett bisected the posts once again and the Hurricanes held on for a landmark win.