Super Rugby XV - The Team of Round 7 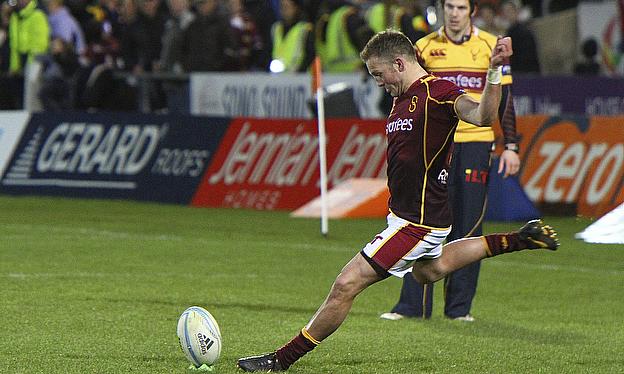 Super Rugby XV - The Team of Round 7

There were some unlikely heroes on Friday night with Melbourne Rebels players Jason Woodward, Luke Jones and Mitch Inman making the Team of the Round.

Jason Woodward was the best player in Super Rugby Round 7 after his impressive form against the Brumbies.  Woodward could be a great option as a goal-kicking outside back (assuming he retains the kicking duties).

Woodward scored a try, kicked eight goals, caught six kicks, took a lineout, made three line breaks and four go forwards along with two tackles according to the definitions on www.testrugby.com for a haul of 620 points or 27 actual points.  He costs $875,000 and could be a great option if you have trades left.

It is also great to see a return to the team for Chiefs LIam Messam and Aaron Cruden although gut wrenching for people who just sold him!

Plenty of managers will be sweating on the fitness of the popular Israel Folau and Kieran Read for next week, given the shortage of trades.  The Sharks have the bye in Super Rugby Round 8 which may also require some strategic management decisions to be made.

Which players impressed you in Super Rugby Round 7?

Does this prove that the Australian conference is the best in Super Rugby 2014?

Super Rugby XV Round 7 Team of the Round - www.testrugby.com

This squad is picked based entirely on TESTRUGBY.com fantasy points earned from the Round.
The results are limited to the actual starting 15 of each side, and spots are based on the jersey
number worn in the game.

Super Rugby 2014 Team of the Competition So Far

This squad is picked based entirely on TESTRUGBY.com fantasy points earned from the Series
to date. The results are limited to the actual starting 15 of each side, and spots are based on the
jersey number worn in the game. Now at Round 7, only playrs who started at least 4 games in
their position are eligible.