Chiefs fight back to draw with Cheetahs 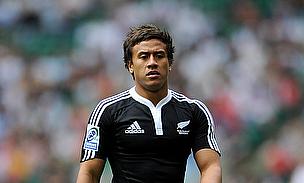 The Chiefs mounted a second-half comeback to draw 43-43 with the Cheetahs in a thrilling Super Rugby clash in Bloemfontein.

Four tries in the first half gave the Cheetahs, who have never beaten the Chiefs in the competition, a 34-10 lead at the break.

However, the Chiefs stormed back into contention and earned themselves a draw when Aaron Cruden converted a late Tim Nanai-Williams try.

It was a case of déja vu for the Chiefs, who drew 34-34 with the Bulls last week in another game that went down to the wire.

Cheetahs scrum-half Sarel Pretorius opened the scoring after six minutes and after his try was converted by fly-half Johan Goosen, Cruden replied with a penalty.

Rayno Benjamin's unconverted try and Goosen's conversion of his own try put the hosts 17-3 ahead before Cruden converted an effort from Augustine Pulu to make the score 17-10.

Pretorius and flanker Boom Prinsloo both scored converted tries and Goosen kicked another penalty to give the Cheetahs a 24-point lead at the break.

However, the Chiefs showed much improvement in the second half and Pulu added a second try, and the conversion from Cruden made it 34.17.

Goosen scored a penalty to make it 37-17 but after 60 minutes, the momentum began to shift firmly towards the Chiefs, who set about overhauling the 20-point deficit.

Nanai-Williams crossed once and Asaeli Tikoirotuma twice, and with Cruden converting two of those, there was just a point in it.

Goosen added two penalties to put the home side seven points clear and they looked to have weathered the storm, only for Nanai-Wiliams and Cruden to ensure the Chiefs left with a share of the spoils.