Shaw has eyes for a Commonwealth 7s Medal 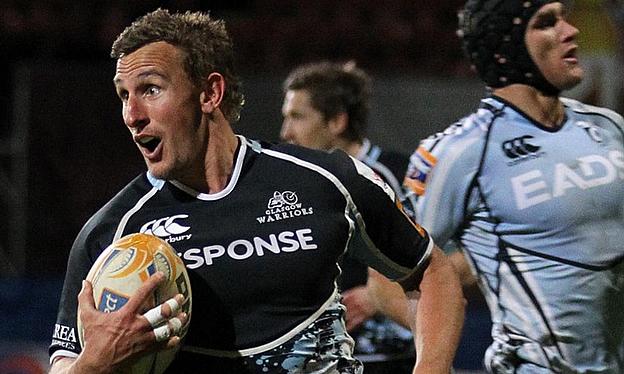 Colin Shaw is eager to please the home crowd
©PA

Scotland Sevens player Colin Shaw is aiming to cap a once-in-a-lifetime experience of playing in a home Commonwealth Games with a medal.

The 31-year-old is a veteran of the Scotland Sevens scene, having played in the 2010 Commonwealth Games and won 24 caps before signing a full-time sevens contract two years ago.

Shaw is accustomed to being on the road and only sampling a home crowd once a year when the IRB World Series comes to Scotland, most recently at Scotstoun in Glasgow.

So he cannot wait to get out in front of a crowd of more than 40,000 when the Scots face New Zealand, Barbados and Canada in the pool stage on Saturday.

Irvine-born Shaw told Press Association Sport: "I was in Delhi, which was fantastic, but this is going to be something else. It's been in the back of my mind for two years.

"Delhi was the pinnacle of my career at that point. But, with this being Ibrox and a football stadium with everyone on top of you, this is going to be unbelievable.

"We only have one tour event in Glasgow, which is a fantastic tournament and the crowd are unbelievable. We play a lot of our stuff abroad so we don't often get the home crowd.

"It's going to make it that extra bit special and unforgettable, playing at home. This is only going to happen once in a lifetime.

"You get used to playing on the road but when you get back to that home crowd it definitely gives you a lift."

Scotland have supplemented their regular sevens squad with experienced internationals such as Stuart Hogg and Sean Lamont, and Shaw is targeting a place on the podium.

"We got to the quarter-finals in Delhi and lost very narrowly to South Africa," the former Glasgow winger said. "We were playing well before that game and just got pipped to the post.

"We have had our eye on a medal here all along. In Glasgow we got to the semi-final and unfortunately finished fourth, but we have topped up our squad since then. A medal is our aim."