Kiwis Think Ahead of the 2014 Commonwealth Games Rugby Sevens 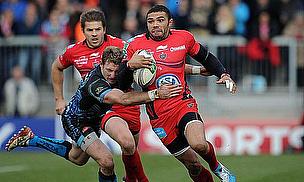 The Glasgow 2014 Commonwealth Games (#commonwealth7s) is here and with Rugby Sevens included for the fifth time, it will be interesting to see who wins the gold medal, especially given the lack of stars at the tournament and the inclusion of Rugby Sevens in the Olympic Games in Rio 2016 (#Rio7s).

Countries are now taking Rugby Sevens even more seriously with Olympic Games glory up for grabs in two years. This means more money is going into Rugby Sevens and therefore the Commonwealth Games will be more hotly contested than before with New Zealand, Australia, England, South Africa and Samoa the favoured teams.

There isn't the same depth in this tournament without some of the non-Commonwealth Games countries like Argentina, USA and France unable to attend.

Because the Commonwealth Games clash with the end of Super Rugby, there will be very few Super Rugby players involved, meaning that it will be left up to the sevens specialists to win gold for their team and country.

Bryan Habana is one of the only stars on display with the former Springbok winger being released by his club side. It will be interesting to see how he adjusts to Rugby Sevens, but his inclusion has me picking a South Africa vs New Zealand final.

New Zealand is the current IRB Rugby Sevens title holder and has won every Commonwealth Games gold medal since 1998. Interestingly though, they have usually had a few stars from the fifteens version of the game to boost their squad, but this time their squad will be lacking fifteens stars.

The problem is that in some previous seasons some stars from fifteens have returned to Sevens Rugby and caused more disruptions than anything as they are totally different games. The timing is also hardly ideal with Super Rugby coming towards the end and the Rugby Championship and ITM Cup only a few weeks away, leaving coach Gordon Tietjens little choice but to mainly stick to his Sevens Rugby players who usually play on the circuit.

Australia and England usually medal at the Commonwealth Games and given that England are playing close to home, while Australia has included Wallaby Liam Gill in their squad, both of these teams are likely to make the semi finals.

Most of the best teams in the world will be at this tournament. New Zealand will have their work cut out for them with Australia, England, South Africa and Samoa also included. Fiji aren't attending, while Scotland, Wales, Canada and Kenya are the other notable teams in the tournament.

Who will win the Rugby Sevens gold medal at Glasgow 2014 Commonwealth Games?